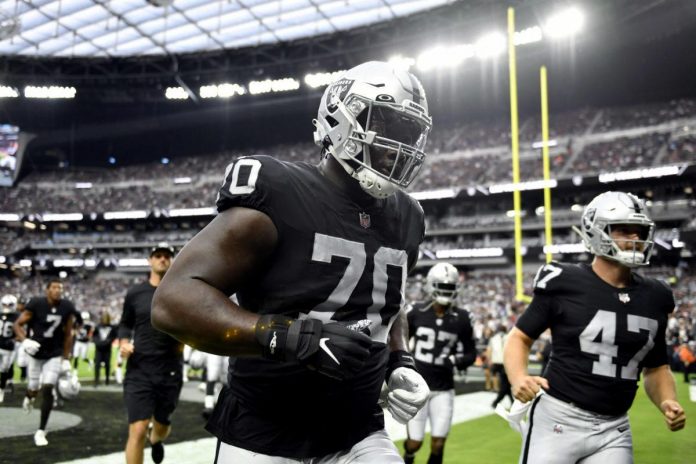 The offensive lineman will be out for at least the next four weeks.

In response to this move, the Bears signed offensive guard Michael Schofield to the active roster.

The Bears picked up Leatherwood after he was released by the Las Vegas Raiders earlier this offseason. The former Alabama star was selected as the 17th overall pick in the 2021 draft.

Leatherwood finished his rookie season as one of the offensive linemen with the worst rating in the league. Starting all 17 regular season games for the Raiders in 2021, he was called for 14 penalties (3rd in the league), gave up eight sacks (2nd in the league) and allowed a league-best 65 total pressures.

Last Sunday, Leatherwood did not participate in the Bears’ Week 1 victory over the San Francisco 49ers.

The Bears hope to continue their solid start with a second-week matchup against the Green Bay Packers on Sunday.