Home Entertainment Bear and breakfast: how to create (and delete) rooms 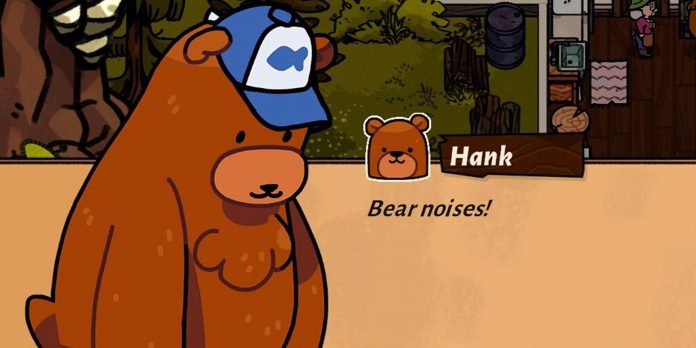 Bear and Breakfast is a forest—themed life simulation game in which players, controlling Hank the bear, build rooms for sleeping and breakfast in the forest. The premise of the game is to build a successful bed and breakfast hotel in different locations of the forest; once players score a certain number of points in each motel, they move on to the next one and can build more rooms of different types. Along the way, players meet strange new characters and immerse themselves in Hank’s world, trying to bring human visitors back to the forest.

The first motel renovated by the players is quite small, but it serves as a tutorial for “Bear and Breakfast”. There is space for a reception desk and a room, but little else; visitors even need to use the restroom. However, once the second motel is unlocked, players will be able to experiment more with the construction and demolition of rooms to maximize the needs of guests and, accordingly, the amount of money they pay for the room.

Link: Why Not Avoid Greg in The Sims 4 Werewolves

To build a room, enter the construction mode, which players will learn how to do from the Bear and Breakfast guide. Click on the hammer logo to see different types of rooms, select the desired type of room and drag the boxes on the floor to separate them. This mechanic is similar to other simulation games such as Two Point Hospital; the size of the room is of great importance for maximum efficiency and the ability to accommodate more guests. Players cannot build a room smaller than the minimum size, but they can make it as big as they want. To destroy a room, just click on the room and click “Delete” in the pop-up window that appears on the right.

Basic tips for building and demolishing rooms at Bear and Breakfast

The ability to create, edit, and destroy rooms in Bear and Breakfast is crucial to maximize rating and customer satisfaction. Here are some basic tips for creating new rooms:

Rooms can be at least 4×3 square. The bedrooms must be close to various amenities; there cannot be a motel with all the bedrooms. There should be one bathroom for every two bedrooms. Each motel will have different types of rooms that players will build as they progress through the game.

In addition to deleting, players can also edit rooms and view their “Bear and Breakfast” rating by clicking on it. If players decide to edit a room, they won’t be able to delete it, but they will be able to change its size. Tapping on a room will also tell the players which elements are missing; if there is no toilet in the bathroom, it will not be a properly functioning room and will not give a good score or hygiene rating.

Director of Abandoned: “I’m Real, I’m Not Linked To Kojima