Home Entertainment Bear and breakfast: how to complete the Fetch quest, three ways 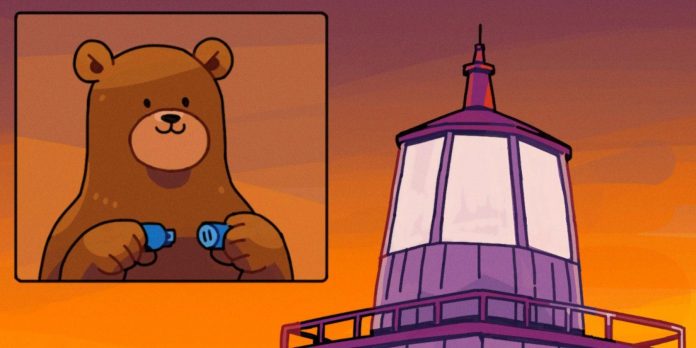 At the beginning of Bear and Breakfast, players will need to complete a small story quest called Fetch Quest, Three Ways. This will require Hank the Bear to find three different items scattered all over the map. Here is the location of these three collectibles at Bear and Breakfast.

Once Tony the Beaver completes work on Dinky’s barn, Tuck suggests Hank work on rebuilding and running the kiosk, convinced that it will bring back more people. To fix the kiosk, Tony will need three items: an old computer, human literature and writing materials.

Where to find a spelling book

The human literature Tony is asking for Will be a spelling book that Will says is somewhere in his room. Head back west through Blackmoch Swamp to the Thicket where Hank’s mom lives. Enter the front door of the cave, then enter the first door on the right.

This is Annie and Will’s room at Hank’s mother’s house. The book will be on the table in the lower right part of the screen.

Where to find an old computer in Bear and Breakfast

The old computer is located near the place where the players find the Beanie in Bear and Breakfast. Head west from the north end of Timber Crossing, then head west into Sawdust until you reach Tony’s house.

Go north from there and look for the tower. Bini lives here; there will be a trash can to the left of the stairs leading to her tower. Interact with him and Hank will save not only the old computer he needs, but also other useful items such as copper and iron plates.

The latest item for Fetch Quest, Three Ways in Bear and Breakfast doesn’t require Hank to travel very far; this one is in Timber Crossing, just south of the kiosk itself. Look for Oliver, the NPC whose sandwich Hank stole to give to Tuck. Inside Oliver’s house, to the north of his bed, there is a small table with a pen on a string.

Once Hank has all three items, he can go back to the kiosk and talk to Tony. Tony will renovate the building so that Hank gets even more requests to stay in Dinky’s barn in this relaxing video game similar to Stardew Valley.

Bear and Breakfast is available for PC and will appear on Switch soon.