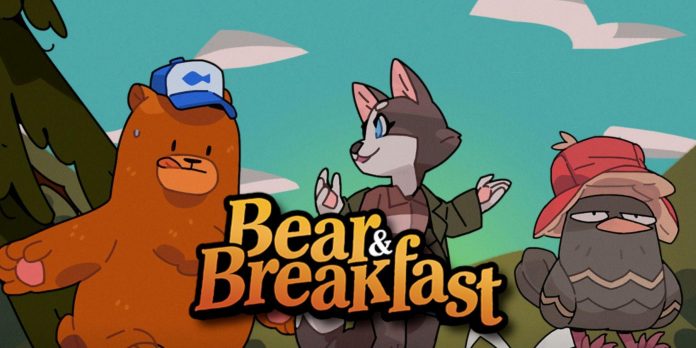 It seems to be the summer of simulators, and games like Bear and Breakfast became the most popular Steam downloads in July 2022. month.

During the announcement of Bear and Breakfast at Indie World in 2020, its original release date was sometime in 2021. However, this B&B game has been postponed until July 2022. Then, closer to the release date, the developers of Gummy Cat said that this Simulation of hotel management was not quite ready for controllers for either consoles or PCs. But now Nintendo Switch fans and controller connoisseurs can rejoice: Finally, there is a release date for users without a keyboard who want to play Bear and Breakfast, starting from September 15, 2022.

The official Twitter of Bear and Breakfast has finally shared information about the long-awaited release of Switch, the release of controller support and the usability of Steam Deck. The Switch release is scheduled for September 15, and PC controller support will be fixed “in a couple of days” with patch 1.4. In addition, Valve has already confirmed that the Bear and Breakfast game is available to play on the Steam deck. These ads were related to the release of collectible cards, Steam backgrounds, bear-themed emoticons and stickers in the glasses store on Steam.

Rares, one of the developers of Gummy Cat, also noted that as soon as the Switch version is released, the studio will start working on some new features and requested changes. Fans of the game can count on the addition of the ability to recycle or sell building materials, a sandbox or creative mode, and perhaps even support for mods on the PC. There were even hints of the possibility of completely new content for this relaxing simulation game.

Although the game now officially has a Switch release date, players will not be able to pre-order or pre-download it from the Nintendo eShop. They’ll have to wait until this Animal Crossing-like game is fully released to take it for themselves. But they will benefit from all the updates that Gummy Cat has worked hard on for the most recent patches; many game balance updates, small bug fixes and other quality of life changes have been made to make the whole process of building a bed and breakfast in the forest smoother and more fun.