Home Crypto “Be careful” message for Bitcoin from Bill Gates 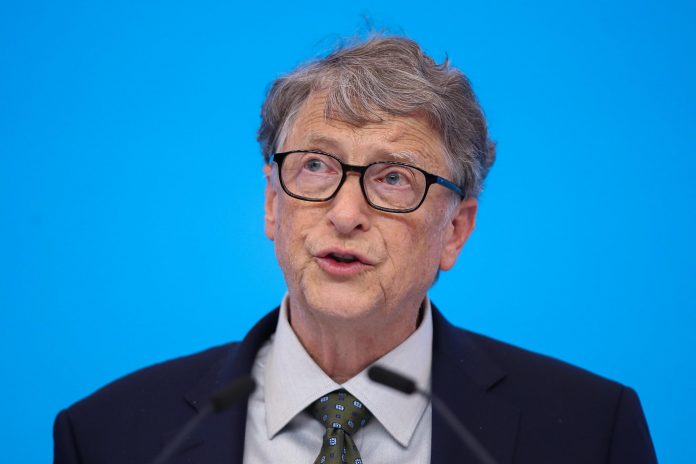 Bill Gates, one of the founders of Microsoft, spoke about the pandemic, technology and Bitcoin. Speaking about Elon Musk buying Bitcoin and Tesla making more profit than his profit in 1 year, Gates said, “If you don’t have more money than Elon, be careful with Bitcoin” and stated that he thinks negatively about the biggest crypto money. Stating that Bitcoin and digital money are not the same, Gates said, “Transactions in Bitcoin are anonymous, but digital money is not.” said.

Stating that pandemic and climate change can also be eliminated with much harsher and constructive rules, Gates used the following statements:

“I know there are a lot of conspiracy theories on the pandemic. There are these in terms of spreading and straining more mask use. Here, there are those who ignore the pandemic and their persuasion. Education is required from global warming to many subjects. Obviously, we need to change the ways of extracting steel, reducing emissions. In other words, you cannot eliminate emissions and gas emissions simply by eliminating traffic. ”

Gates, who also touched on the social media obstacle and disinformation coming to Donald Trump, the previous president of the USA, said:

“Mark Zuckerberg runs a public platform. I have a good dialogue with him. It is not an easy task to prevent information pollution on important issues such as vaccination and to keep the debate going at the same time. Millions of messages arrive every hour and how to separate them. We want to have a common base on which we exchange ideas and thoughts. There should not be two separate social networks disconnected from each other ”

“I am not positive about Bitcoin”

Stating that the efforts to go to other planets such as Elon Musk and Jeff Bezos are good developments, but he did not see the solution here, Gates also touched on the issue of Tesla’s profit from electric vehicles sold in 2020 with Bitcoin in 1 month:

“Elon has a lot of money and he’s a very good quality guy. I don’t think the Bitcoin price going up and down fast will affect him. But it is not right for many people without money to get involved in this madness. That’s why I don’t look positively on the Bitcoin issue in this sense. If you don’t have more money than Elon, you should be careful. ”

“Not bitcoin, but digital money …”

Stating that digital money technology has made a significant contribution to them during the pandemic and that the Gates Foundation has been able to help countries in need very effectively, the successful businessman said that Bitcoin and digital money are separated from each other:

“There are things in society that we invest in because they produce something. Bitcoin is a system that consumes a lot of energy and allows many anonymous transactions. These are irreversible transactions… The Gates Foundation does a lot of work with digital currencies, but here you can see who is doing what. That’s why digital money is a good thing. Therefore, it is good that a local currency is digital, complies with regulations on money laundering and terrorism, and transaction fees are cheap. That’s why our foundation helped those in need very effectively using digital money, delivering the money on time and as needed. I am very optimistic and positive about the transition to digital money, not Bitcoin. Thanks to digital money, we can reach even the poorest countries. “

Investors Are Flocking To This Metaverse Coin: Famous Company Entered!