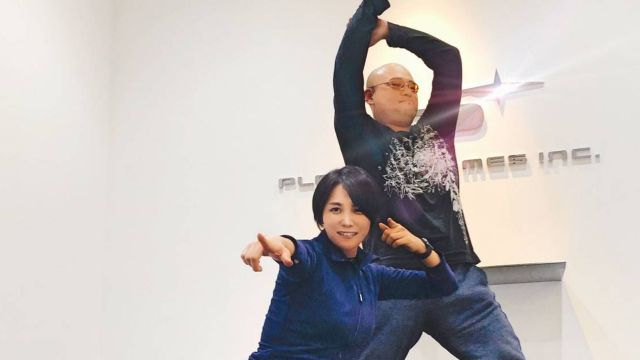 Hideki Kamiya assures that expectations have to be tempered and prepare for “something extra”, although he offers no clues about it.

PlatinumGames, the Japanese studio behind projects like Bayonetta, NieR Automata, Metal Gear Rising or The Wonderful 101, outlines its future and already has new productions underway. One of them is Project G.G., the project directed by Hideki Kamiya that will close the trilogy of heroes. The company added a fifth advertisement to the equation, after the fourth turned out to be an April’s Fool joke. Scheduled for this year 2021, Kamiya himself has assured in an interview with VGC that the announcement will be “on a smaller scale”, although he continues to hope that it will be something “that the fans enjoy.”

According to the Japanese, they want to “reveal it at the right time”, but what they can say at this point is that they always pretended that it was “The four of Platinum” and not the five. “I think expectations should be lowered and ready for something extra. That said, it’s something we’ve been working on for a while. ”

At first, they had planned to reveal it at an earlier date, “but then the coronavirus happened, which I know has become a common excuse,” he says, and then to add that they hope that when they can finally talk about it, they will draw “a smile” on fans’ faces. “Ah, we love these guys from Platinum,” that’s what Kamiya wants fans to think. Will he get it? Time will tell.

All announcements to date

PlatinumGames has already made four of the five planned announcements. The first of these was The Wonderful 101 Remastered, an original Wii U game that was released on Nintendo Switch, PS4, and PC after a Kickstarter campaign. The second materialized in a new project directed by Hideki Kamiya, the aforementioned Project G.G., while for the third they reserved the news that they had opened a studio in Tokyo. The fourth was the joke and the fifth? Who knows!

The Japanese developer continues to work on other expected projects. This is the case of Bayonetta 3 and Babylon’s Fall, the latter produced by Square Enix.

Get ready: The list of games that will be released in...