Home Entertainment Bayonetta 3 Will Have Novelties In Its Gameplay, PlatinumGames Promises 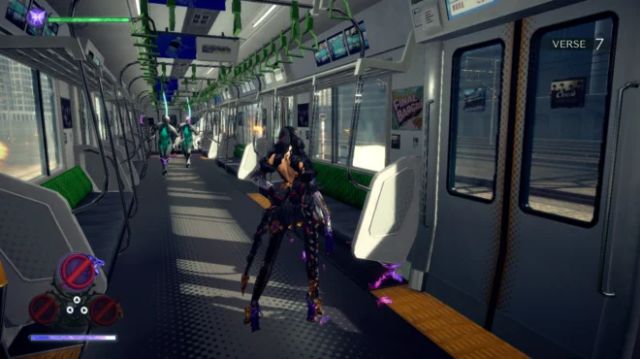 Bayonetta 3: PlatinumGames continues to work on this long-awaited third part, which will arrive in 2022 for Nintendo Switch. We expect new types of gameplay. Bayonetta 3 will bring with it new types of gameplay that we haven’t seen in the previous two installments. The PlatinumGames video game continues in development, a development that they hope to finish this same 2022 for its premiere on Nintendo Switch at some point in the current calendar; Although there is still no specific date. The Japanese studio has confirmed to IGN in the voice of its president and vice president, Atsushi Inaba and Hideki Kamiya, new details of the project.

“If you see the trailer we released in September, I hope that will reassure you that we’ve been working hard on development, and also show you that there are a lot of new elements in this game that weren’t in Bayonetta 1 and 2,” says Kamiya, acknowledging the mysterious component of the first Bayonetta 3 trailer released last September.

In particular, he is aware that some fans were “confused” with how different the first Bayonetta 3 trailer was, due to its color palette and some types of enemies. “I think the fact that we were able to pull off this teaser in the trailer shows that the new game has its own color. Bayonetta 3 looks a bit different, and includes some new types of gameplay”, he ends without specifying, making it clear that “it will be a very Bayonetta-style Bayonetta game”.

Bayonetta 3 and the new mechanics of the Demon Slave

According to Hideki Kamiya, executive director of Bayonetta 3, it is recommended to first play the two previous installments of Bayonet to fully understand this third part. He is written with that in mind, although he acknowledges that it’s okay if we’re new to the series: “If you’ve played Bayonetta and Bayonetta 2 you’ll find it even more interesting. So I hope you [play them to] prepare for the third game”, commented the founding member of PlatinumGames.

Kamiya himself believes that the title will exceed our expectations; if they weren’t already high enough. “All of us who work on it have burned with the desire to show it,” he was honest last September, aware that years had passed since the last time we saw him.

The Boys: The theory that would have changed the fate of...