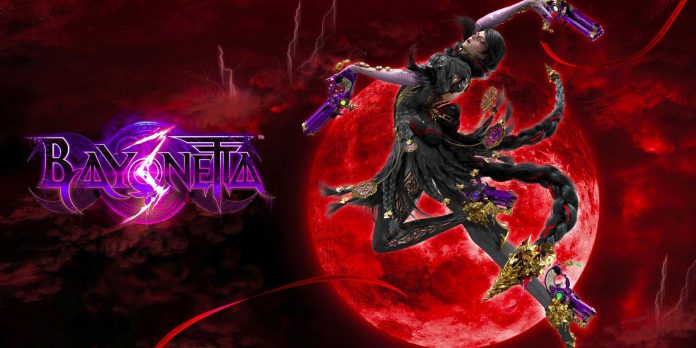 The wait for Bayonetta 3 has been one of the longest in recent times: there have been few updates since its announcement at The Game Awards 2017. Although the game was announced during the first year of the Nintendo Switch lifecycle, it looks like it’s finally getting ready for release. since PlatinumGames and Nintendo announced that Bayonetta 3 will be released this October exclusively for Switch.
As mentioned earlier, Bayonetta 3 was announced almost five years ago at The Game Awards 2017, where it was announced that Platinum Games and Sega will team up with Nintendo again for the third installment of the beloved hack and slash action series. Shortly after, Platinum moved the previous games to Switch in February 2018, followed by a long silence regarding any new information about Bayonetta 3 until September 2021, when it became known that the game would be released in 2022 and would contain new elements such as kaiju. – for example, battles with hellish demons and the redesign of Bayonetta itself.
RELATED: Nier Automata: The End of Yorha Edition Confirms Switch Release Date
After not showing up at the Nintendo Direct Mini: Partner Showcase in June 2022, fans were skeptical about whether Bayonetta 3 would be released in 2022 as planned. Now, thankfully, fans can rest easy knowing that Bayonetta 3 is scheduled to be released on October 28, 2022, and the announcement is accompanied by a new bombastic trailer featuring recurring characters such as Jeanne, Rodan and Luca, as well as a new playable character. named Viola, a witch trained by Bayonetta. The trailer also reveals more of Infernal Demon’s gameplay, as well as showcases various new areas that seem to be based on real-life locations like Tokyo and China.
Nintendo also announced via Twitter that Bayonetta 3 will be released alongside the “Trinity Masquerade Edition”, which will include special covers for Bayonetta 3 and Switch releases for Bayonetta and Bayonetta 2, the first of which will also receive a limited physical release. simultaneously with the release of the third game. The Trinity Masquerade Edition also includes a 200-page artbook.
Judging by the latest trailer, Platinum Games seems to be pushing the Nintendo Switch to its limits with Bayonetta 3. The company already has a stellar track record on the console with games such as Astral Chain, The Wonderful 101 Remastered, and the upcoming NieR: Automata port on the console. In many ways, Bayonetta 3 is a game that Platinum created thanks to its strong line of Switch games. The third game also comes almost exactly eight years after the release of Bayonetta 2 for Wii U, which was released on October 24, 2014 outside Japan.
Bayonetta 3 will be released exclusively for the Nintendo Switch on October 28, 2022.

NieR: Automata — A guide to side quests for slot machines