Home Sport Bayern Munich Is Shocked With Own Fans! 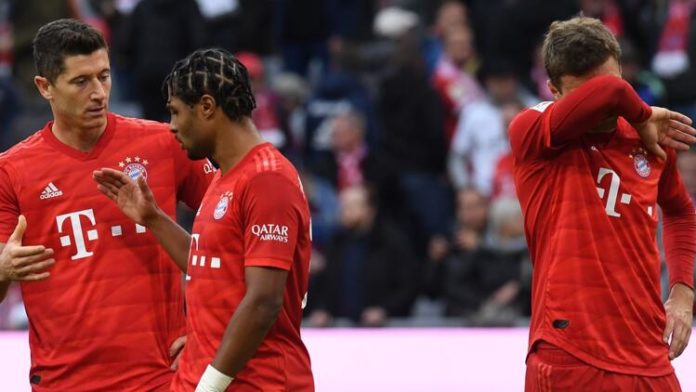 Germany’s First Football League (Bundesliga) Bayern Munich, Hoffenheim 2-1 defeat in the field.Bayern Munich defeated Tottenham 7-2 away in the UEFA Champions League 4 days ago, and Hoffenheim was the guest of Allianz Arena in the 7th week of the Bundesliga.

The first half of the match between Bayern Münih-Hoffenheim was completed in a 0-0 draw. The second half of the fast starting 54 Hoffenheim Sargis Adamyan goal 1-0 lead by the match Bayern Munich 73 goals in this match with Robert Lewandowski in the minute 1-1 brought the score.

The away team found another goal with Adamyan in the 79th minute and made the situation 2-1. There was no other goal and Hoffenheim won the game 2-1. Bayern Munich had 14 points in the first defeat this season. Hoffenheim increased the score to 8.

Borussia Dortmund has returned 1 away from the game

In other matches of the day, Bayern Leverkusen tied 1-1 with Leipzig, while Mainz 05 defeated Paderborn 2-1.