Home Entertainment Battlefield Portal, We’ve Already Seen It. All The Details On The Return... 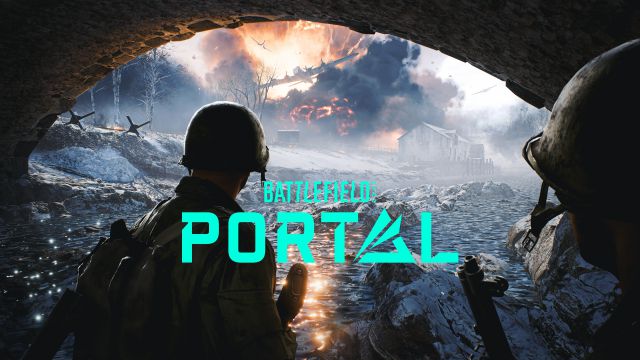 Battlefield Portal: Battlefield 2042 will receive Battlefield Portal at launch, an experience that allows you to edit game modes based on previous remastered installments. No ‘hub’ or ‘universe’: the second pillar of Battlefield 2042 is called the Battlefield Portal. Ripple Effect Studios, the new identity of those known as DICE LA, bring to the shooter that point of madness that they had already anticipated in recent weeks. Several different eras of the franchise come together in the same place for the community to build whatever it wants on them.

“It’s a love letter to the fans,” declared Justin Wiebe, senior design director at Ripple Effect Studios, during his interview with MeriStation. And the truth is that it is so. The team has chosen some of the most beloved installments of veterans to carry over to today’s technology based on 2042.

Battlefield Portal, a window into nostalgia

“This is something completely different than anything we’ve done before,” begins Wiebe, showing the satisfaction on his face after showing what he was working on all this guy. The effort of the team during these months translates into Battlefield Portal, a trunk of memories that takes to the extreme the fantasies that the community has shared all these years.

In it we will find the remastered contents of Battlefield 1942, Battlefield Bad Company 2 and Battlefield 3, which includes all the weapons, vehicles, factions, gadgets and class structures as they were offered in their original version. The Americans will allow us to immerse ourselves in six classic scenarios, two for each game: The Battle of the Ardennes, El Alamein, Port of Arica, Valparaiso, Caspian Frontier and Canals of Noshahr, respectively.

The Legacy of Hogwarts: The History of the Hufflepuff Faculty

Ready Or Not And Wartales, Among The Most Outstanding Games On...