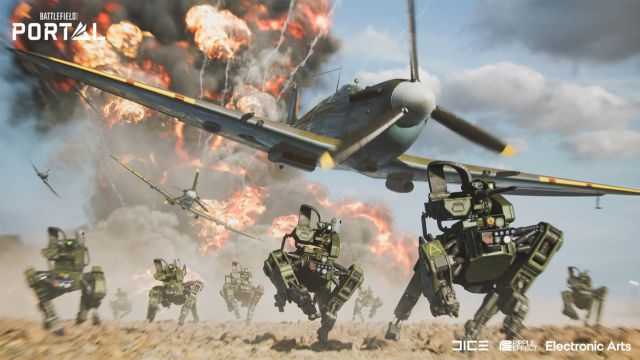 According to the information, Mesmar has addressed directly to all his colleagues through an internal email in which he explains that there was an offer involved “that he could not refuse.” Aware of this job opportunity, which was apparently going to allow him to take a leap in his professional career, the designer contacted the head of the Electronic Arts subsidiary studio, Oskar Gabrielson, to let him know of an exit that had been brewing since long time. There was a deal: his departure could not occur before the release of the long-awaited Battlefield 2042.

However, Fawzi Mesmar leaves DICE with the work done, although it is unknown what his destiny will be and, most importantly for the team, who will be the person who will replace him as head of design.

The news comes just in the same week that we have seen the departure of Matt Goldman, creative director of the new Dragon Age, who had been with the Canadian firm for more than two decades.

The premiere of Battlefield 2042 was one of the most anticipated of the year 2021. EA and DICE have put great efforts into materializing this ambitious multiplayer FPS, but the launch has not been without errors that will be corrected through patches over the next few weeks. Additionally, DICE promises that one of those upcoming patches will upgrade all weapons.

Ryan Seacrest jokes about why Kelly Ripa disappeared from the “Live...