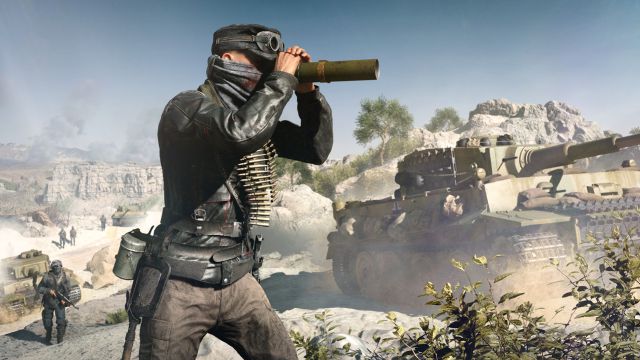 Battlefield 6: EA DICE recently announced that the game will be out in 2021 and that they are also working on a title for mobile devices.War never ends, not even in video games. Battlefield 6 has yet to be revealed, although development has been confirmed for quite some time. In a recent statement, EA DICE already dropped that the reveal date would not be too long. Although they have not yet established a date, the official Twitter account of the saga has published a rather suggestive tweet, which points to the month of June.

“Words that rhyme with ‘soon’”, they write in English. “June, Boom.” If fulfilled, the date will be close to that of E3 2021, although Electronic Arts has not attended the Los Angeles fair for years. Even so, they usually celebrate EA Play, an event that takes place in parallel to Pre-E3, so many of their novelties are confirmed at their own event.

Words that rhyme with Soon:

What we know about the new Battlefield

Battlefield 6 will go on sale in Christmas 2021. According to the EA study, they have had “the largest development team” they have had to date. Our friends at Criterion and DICE LA are working with us to bring our shared vision of the game to life, while the Gothenburg team takes gaming technology to another level, ”they explained.

As of today, the developer is conducting “daily internal tests”, the purpose of which is to continue “polishing and balancing” the gameplay of its next project. “I can tell you that it is a daring step. It has everything we love about Battlefield and takes it to another level. Epic scale. Total military war. Crazy and unexpected moments. Game-changing destruction. Massive battles packed with more players and mayhem than ever. All this comes to life thanks to the power of computers and next-generation consoles ”.

The new installment of Battlefield, which has no official name yet, will not be the only game in the saga to see the light. In collaboration with Industrial Toys, EA DICE is immersed in the development of a mobile title, which will be released in 2022.