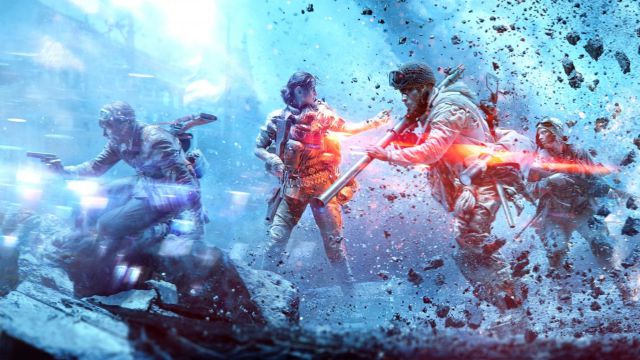 Battlefield 6: Through a statement, EA DICE has offered some information about the future of its well-known first-person shooter saga.The battlefield will return to consoles and PC this year, but also to mobile devices. This was announced by EA DICE in a statement in which they have not only revealed the first details of Battlefield 6, but have also confirmed that they are working on a title for mobile devices. The developer explained that there is “a lot” to teach in the coming months, but for now they have offered a small snack about it.

In his words, they are developing the “largest” Battlefield to date, which will be released on consoles and PC next Christmas. “2021 is an exciting year for us at DICE. By working with other top-tier development studios at Electronic Arts, we have the largest team we’ve ever had in a Battlefield game for consoles and PC, “they say. Criterion and DICE LA collaborate on the project, while their team in Gothenburg is working on the technology.

The team explains that they are running internal tests on a daily basis, in order to polish the gaming experience and balance the product as much as possible. “It has everything we love about Battlefield and it takes it to another level. Epic scale. Total military war. Crazy and unexpected moments. Game-changing destruction. Massive battles packed with more players and mayhem than ever. All this comes to life thanks to the power of computers and next-generation consoles ”.

Regarding the mobile game, DICE has been building prototypes for years, but the project is finally going to see the light of day. In collaboration with Industrial Toys, they will design a completely new experience that will “bring all-out war” to smartphones and tablets in 2022. This is a different game than the one they are developing for PC, so it will benefit from the characteristics of the platforms mobiles. It is currently in the testing period, so there will be new details soon.