Home Entertainment Battlefield 2042 Will Use Bots To Fill Online Games 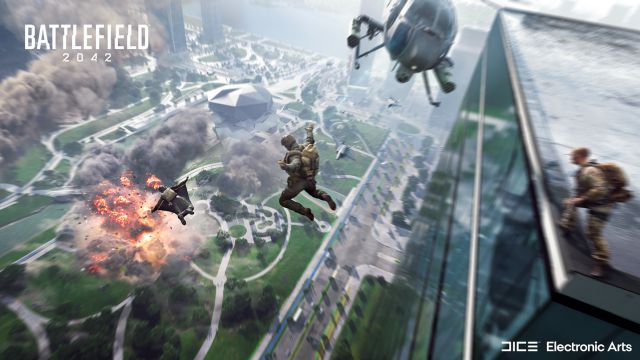 Battlefield 2042: EA DICE confirms that if 128 players per game are not reached, the servers will be filled with AI, with which we can also practice.It has been one of the best games of E3 2021. With it, the Battlefield saga seems to have returned by the big door, and never better said. Because if there is an adjective to define Battlefield 2042 that is “great”. The game aims to offer us battles with “a scale never seen before” and that happens, among other things, by increasing the number of players online. With that idea in mind, DICE had already promised multiplayer games of up to 128 players (except on PS4 and Xbox One, where they will remain limited to 64), but in the last hours, through a post on the EA website, the company He has also advanced that these games will always be full, as he will use bots to fill the free spaces of the servers.

The point of this decision is that we always have something to shoot at and that anyone can enjoy the full experience. It will no longer matter that we play at times when there is less influx, or that we buy the game in a few years, when the community has reduced their numbers. There will always be 128 players per game. And of course the bots will always give up their site in case someone wants to join a server, even in the middle of the session. The existence of bots also seeks to allow us to practice alone against the AI ​​and organize cooperative sessions with our friends in which we only face the console (as if it were a PvE mode).

The game will arrive on October 22 on PC, PS5, Xbox Series X / S, PS4 and Xbox One, and it will do so with 7 launch maps and no campaign mode, something about which DICE has already been covered and explained. . Battlefield 2042 will bet everything online, where it intends to dazzle us with pitched battles aboard cars, quads, tanks, helicopters and fighters, always in the midst of immense scenarios and battered by wild weather in which there are even tornadoes capable of unleashing more chaos of which we never imagined.

Twitch Current Bugs and Their Solutions * 2021