Home Entertainment Battlefield 2042 Will Not Allow The Use Of Mouse And Keyboard On... 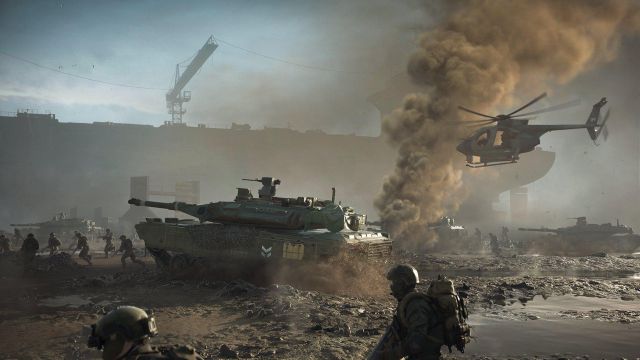 Battlefield 2042: The study investigates the possibility of incorporating this feature in the future, although it will not implement it at launch. Battlefield 2042 will not be playable with a mouse and keyboard on console, at least at launch. This has been confirmed by EA DICE in an official statement published on Steam. Despite the fact that the title features crossover play, the studio needs to measure its steps well before adding this control option. Of course, it suggests that you are investigating the possibility of implementing it in the future.

“We’ve heard your questions about keyboard and mouse support on consoles,” DICE writes. “We can confirm that we will not implement it during the launch of Battlefield 2042, but we are still investigating various options to enable it.” They emphasize, however, that it depends on how it affects cross-play. “If that changes at some point, you’ll find out first.”

All out war against cheaters

Beyond fighting the enemy on the battlefield, developers must deal with a common problem in online multiplayer titles, cheats. EA DICE has already warned surfers and reported that its tolerance will be zero with cheaters. In case they are discovered, the punishment will be permanent expulsion.

“Our community is the core of Battlefield and we are excited about how it has grown since the launch of Battlefield 1942, almost 20 years ago. With Battlefield 2042 we are going to reinforce our commitment to ensure that the title maintains a friendly experience that encourages positive gameplay. ” The study has also ensured that it will not allow harmful behaviors against others.

Battlefield 2042 will dispense with the campaign mode in order to focus on its multiplayer modes. Although the game was initially scheduled for October, the developer needed a little more time, so they announced a slight delay. It will be on November 19 when the title hits stores for Xbox One, Xbox Series X, Xbox Series S, PS4, PS5 and PC.