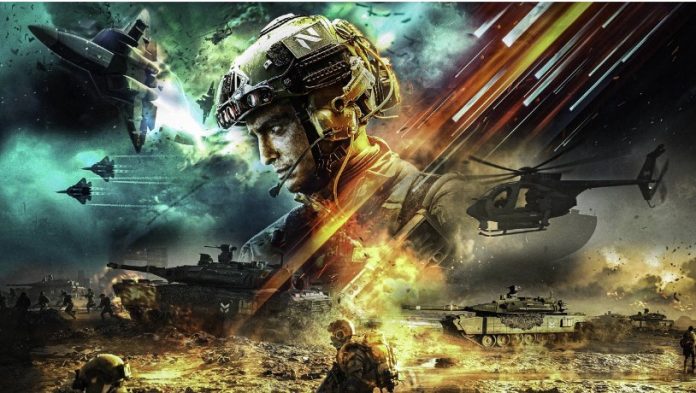 We have gathered all the information shared about Battlefield 2042 so far in a single article for you. What awaits us in the new game?

The company’s only focus on multiplayer throughout the development process was received positively by fans of the series. Ripple Effect promises to offer us a unique 128-player battle atmosphere for the first time with Battlefield 2042.

Battlefield 2042 has huge maps. New game modes are definitely needed to support these massive maps. For players who love Conquest and Breakthrough game modes, a new mode called All-Out Warfare has been announced. In All-Out Warfare, the game leaves you on the huge map.

With this mode, sectors appear on the map, and each sector contains the capture points that we are used to from the Conquest mode. Players will struggle to capture these points. When all points in a sector are captured by a team, the owner of that sector becomes the team that took over and the opposing team cannot access that sector again.

When the game was first announced, it had 7 maps. However, with the announcement of the PORTAL mode recently, 6 more maps from previous Battlefield games have been added. Battlefield 2042 features the Hourglass, Kaleidoscope, Manifest, Discarded, Breakaway, and Renewal maps.

Although Battlefield 2042 is a multiplayer game, it has a story behind it. Of course, this is explained in short texts, but after reading the story, you can understand more or less what is happening in the game.

A period of 10 years was enough to bring the world to the brink of the abyss. Rising sea levels, collapsing economies, and collapsing alliances.

The European Union is officially disintegrating after the collapse of Germany.

The remaining, displaced group gathered together like a fleet of rags in search of safe haven. The No-Pats were people who were once family, farmers, doctors, engineers, and soldiers. They had privileged and different worlds. They became the poor, forced to survive together, and stuck in the past. The media call them Stateless, they call themselves No- Pats.

Humanity is adapting to the new normal. Innovations such as the revolution for energy, desert irrigation, hydraulic levees, and seawalls have managed to save coastal cities. People are reclaiming farmland and rebuilding their supply chains. The hope of finding stability causes some countries to reopen their borders.

But with no way to repatriate 1.2 billion people, No-Pat becomes a fixture in all economic, military, and social policymaking. Many No-Pats still do not trust the governments that exiled them and reject calls for reassimilation. Emerging No-Pat leaders inspire a new identity independent of their old race and draw a sand line between the Old World and the New Normal. #WeAreNoPats is becoming a rallying cry. In the midst of world restructuring, the last two superpowers compete for control of a rapidly changing world. This rivalry between the US and Russia is bursting with sparks.

A sudden storm of space debris creates a ” Kessler Effect ” that causes more than 70 percent of all orbiting satellites to fail and fall to Earth. But nobody knows why.

The next power outage will cause a global catastrophe. Planes crash and communications networks collapse. Already congested, global supply chains come to a standstill. The prices of basic consumption need such as oil, grain, and coal increase exponentially. According to unconfirmed claims, it is reported that 100 thousand people died due to these events.

The world comes to the brink of the abyss and even crosses that threshold. No Internet. No navigation. No surveillance. No storm forecast.

With events unfolding and the collapse of technology infrastructure, geopolitical insecurity rises overnight. No one trusts each other because countries cannot send and receive spies from each other and monitor each other from satellites. Both Russia and the USA claim that the other is responsible for this Blackout. Others make accusations that the No-Pats are behind this Blackout. Military and combat-trained former Specialists among the No-Pats transform into armed Task Forces to defend themselves as tensions rise.

The Threshold of War

The resulting Food and Fuel shortages ignite a shadow war between the US and Russia. So that they can deny and maintain it, both sides use No-Pat Task Forces as envoys in the escalating conflict over resources, promising some of the resources left from the losing country if they win the war.

War is near. The No-Pats have no choice but to choose sides, fighting for their future, not a flag.

You see, Russia and the USA are not fighting to show off. Instead, he uses the Task Forces within the No- Pats. That’s why we will play with No-Pats controlled by two countries in the game.

We talked about game modes above, like All-Out Warfare. Thanks to the PORTAL, other players will be able to design game modes. You will be able to access the PORTAL via a website and you don’t even need to own the game. You only need to have an Origin account. You can change the rules of the war as you wish, there is a wide range of settings from which weapons will do how much damage to the lives of the players.

You can create experiences as you wish in PORTAL, which is a Sandbox mode. You do not need to have any knowledge of the program, you can easily design game modes thanks to the programming interface designed as a puzzle. In addition, the game modes designed can be easily transferred to the servers, so you can create fun experiences for other players.

There is not much information about the Battlefield Hazard Zone mode, so we have to wait a bit.

In the old games, there were classes such as Medic, Support, Assault, and Recon. With Battlefield 2042 , these classes were replaced by Specialists. There are 4 experts in the game for now, these are; Webster Mackay, Maria Falck, Pyotr “Boris” Guskovsky and Wikus “Casper” Van Daele. All of them have their own unique features. More Experts will be added to the game in the future.

Webster Mackay has abilities called Grappling Hook and Nimble. You can quickly go to a surface where you throw the hook. Nimble makes the character move faster.

Battlefield 2042 Live Service will be a game

Live Service games have become hot productions by being updated and developed for many years. Fans were pleased that Battlefield 2042 was one of those games. If Ripple Effect continues to successfully support the game, Battlefield 2042 is expected to be played for long periods of time. There is also a Battle Pass system and seasons in the game . Each season lasts about 3 months. Ripple Effect states that each new season, it will expand the world and the story of the game.

Tales of Arise will have a free demo: date and platforms

Magic: The Gathering Will Crossover With D&D On New Card