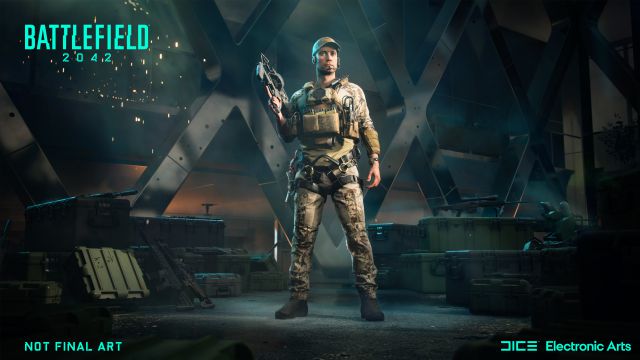 Battlefield 2042: EA DICE’s multiplayer title will be released next October on PC and on previous and current generation consoles.The battlefield is gearing up for armed conflict in Battlefield 2042, the next installment in EA DICE’s shooter saga. The Swedish studio has been showing its specialists to several, but now it brings them together in a new gameplay trailer, in which we can see four of the characters (there are five announced) in action. You have it just below these lines.

Who are the specialists?

Assault-class Webster Mackay is a native of Canada and a hook specialist; Maria Falck, a German, is an indispensable support for the squad. His weapon hers? The S21 Syrette pistol; Russian engineer Pyotr ‘Boris’ Guskovsky has a great deal with the SG-36 Sentry; from South Africa comes Wikus ‘Casper’ Van Daele, a reconnaissance soldier capable of mastering the OV-P Recon drone; Last but not least is Irish, who does not appear in the video.

Battlefield 2042 has not yet confirmed the date of its beta, although it is still planned, all after the technical test that was carried out a few weeks ago. The game will be released on October 22 on PS4, PS5, Xbox One, Xbox Series X, Xbox Series S and PC. The previous generation versions will have some limitations, which are reflected not only in the graphics, but also in the gameplay. Unlike the rest of the platforms, the maps will not be as large and the number of players will be smaller.

Meanwhile, the official page of Battlefield Mobile has come to light in the Google Play Store, as well as some images and details about what this version will bring us for mobile devices. EA promises that the Battlefield experience will continue, while implementing multiple customization options. You can read all the details in this link.