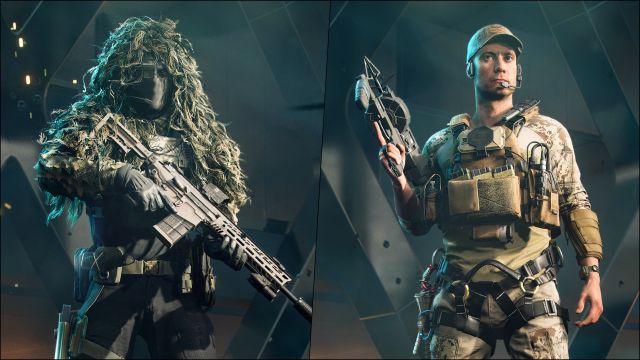 Battlefield 2042: this is what your first four Specialists are

It should be noted that launch will feature 10 Specialists divided into the four main classes: assault, engineer, support and recon. More will be added as the seasons arrive, the roadmap on which your first year will develop. You can find all the details about his future in our preview, just above this paragraph.

How are these Specialists different from lifelong soldiers? Mainly in that they will have a gadget and an exclusive passive bonus. On the other hand, they can be equipped with any type of weapon, thrown explosive and a second gadget slot. We leave you with them below.

Maria falck
As part of the support class, Maria bases her specialty on the S21 Syrette pistol. With it she can shoot darts at her companions from a distance with which to heal health or revive. On the other hand, her trait allows her to revive players with full life, while the rest will revive half.

Wikus ‘Casper’ Van Daele
Of the recon class, the South African has the possibility of using his own reconnaissance drone, with which to mark enemies and take advantage of some electronic devices. The passive bonus of it is the motion sensor. He will detect enemies that are in his close range.

“Brat” — Will Smith’s Daughter Willow Smith Got a New Name...