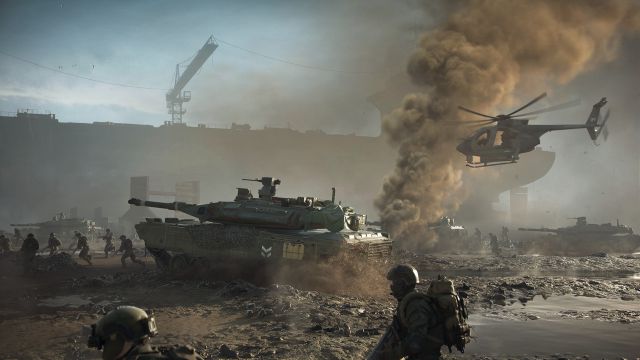 Battlefield 2042: Selected PC and Xbox Series X / S players have been able to get a taste of EA DICE’s new multiplayer title.A last-minute bug prevented PlayStation 5 players from having a chance to try out Battlefield 2042 over the past weekend. This has been confirmed by Adam Freeman, CM of EA Studios, on his personal Twitter account. According to his message, the developer has detected a “critical problem” after sending the build to Sony.

“We have already detected a critical bug in the build that we have uploaded to PS5, so we have notified people that we will not be testing on PS5 this weekend” (August 13-15). Meanwhile, PC, Xbox Series X, and Xbox Series S users enrolled in EA Play Testing have been able to access normally.

Freeman has not confirmed whether there will be more opportunities for gamers on Sony’s next-gen machine, but he did hint that there are possibilities for future tests to be carried out in the future. “Thanks to the folks at PlayStation who signed up initially. Take a look at the EA Play Testing website for any possible tests we may do. We recruit all of our testers from here, for all EA games, “he says.

Like other titles, Battlefield 2042 has had to deal with unwanted leaks. Freeman himself has recalled that these technical tests are subject to NDA, that is, the users who participate sign a confidentiality agreement that prevents them from sharing “videos, images” or streaming. Those who breach the agreement may receive strikes on their respective channels.

Battlefield 2042 will be released on October 22 on PS4, PS5, Xbox One, Xbox Series X, Xbox Series S, and PC. Unlike the most recent installments, this new chapter will be exclusively multiplayer, so the single-player campaign has been discarded.

The Most Talked About Games On Networks, Searched On Google And...