Home Entertainment Battlefield 2042 Pledges: Patch On The Way To Upgrade All Weapons 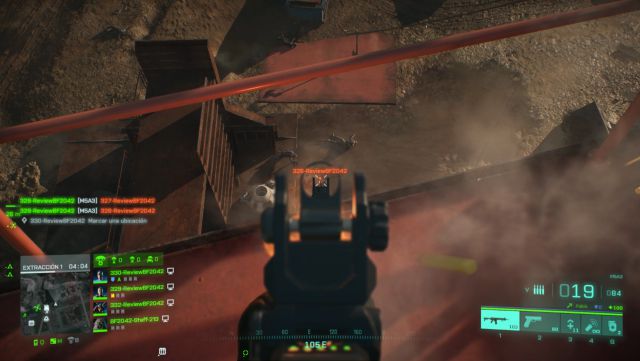 Battlefield 2042: EA DICE will deploy a patch in Battlefield 2042 on November 25 that will reduce dispersion and improve weapon accuracy. Notes: Battlefield 2042 shares what its update cycle will be in the coming weeks. From EA DICE they point out that the changes will be at all levels. The second big patch is expected on November 25. A third will arrive sometime in early December. During the same month they plan a fourth wave of corrections before Christmas. From there they lead us to the first season, where we will know more when we enter 2022.

What changes can we expect in Battlefield 2042?

The Swedish team puts the focus on weapons. “Dispersion (or as some call it, ‘deviation’ or ‘bloom’) is a term that you may have come across if you have had this conversation,” they explain in an official statement. “It refers to the angle at which each bullet can deviate from where you are aiming. We have observed that many weapons, especially in assault rifles like the AK-24, the dispersion tends to be too high, especially when moving while aiming, which causes problematic engagements in ranged combat ”.

Therefore, the November 25 update will introduce the following changes:

Reduced overall spread when aiming and moving.
Improved the accuracy of stationary aiming on many weapons.
Dispersion now reduces faster and earlier when taking time between shots. This translates to a higher hit rate in single shot or burst cadence.
Increased the vertical recoil of the PP-29 submachine gun to ensure that this weapon does not perform above expectations outside its combat range.

The third update will add another helping of tweaks. They will go into more detail later, but they already leave us a couple of brushstrokes:

Fixed an issue where spread was too high when aiming after sprinting on some Portal weapons.
Reduced the effectiveness of the NTW-50 against vehicles.

In the rest of the sections we can find corrections in the interface, renderings, bugs and much more. We leave you with some of the highlights of the second patch below. To consult it in full, go to the official source.

Improved the action of reviving an ally, correcting the inability to revive them when they die near an object or wall.
Rehabilitated interaction with the UAV-1 in Battlefield Portal, available in Battlefield Bad Company 2.
Overall balance for LCAA Hovercraft and MD540 vehicles.
Reduced dispersion for all weapons except shotguns.

Beyonce wrote a heartfelt message to Madonna after working together on...