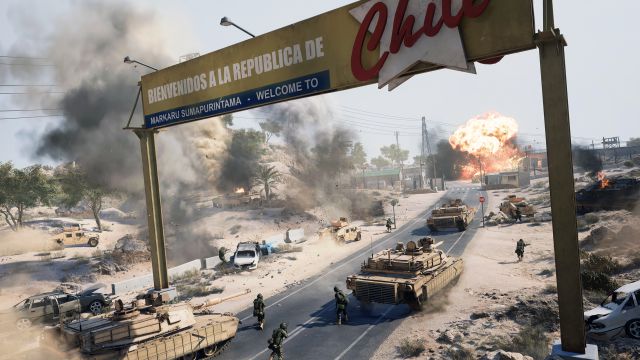 Battlefield 2042: A YouTube user has put the remastering of Bad Company 2 and Battlefield 3 in Battlefield 2042 face-to-face with the originals. Battlefield 2042 continues to make its way until its release on October 22. The new installment of DICE will immerse us in the modern conflict through three pillars. While classic multiplayer is part of the spearhead, this July we learned about its second experience: Battlefield Portal.

If a clueless person does not know what it is, we are talking about that “love letter to the fans” that Ripple Effect Studios was developing, known until now as DICE LA. We will see remastered maps from previous installments together with the possibilities of a powerful game mode editor. After the first trailer, which you can see at the top of this news, a YouTube user has proposed to emulate the moments of the gameplay in their respective original versions.

Called Cycu1 on the video platform, during the 4 minutes we see a faithful comparison to what was shown in Battlefield 2042 with respect to its image in Battlefield 3 and Bad Company 2; 1942 is missing, of which we still do not know material in real time. You can see the video under this paragraph.

In Battlefield Portal we will find the remastered contents of Battlefield 1942, Battlefield Bad Company 2 and Battlefield 3, which includes a good part of their weapons, vehicles, factions, gadgets and class structures as they were offered in their original version. The Americans will allow us to immerse ourselves in six classic scenarios, two for each game: The Battle of the Ardennes, El Alamein, Port of Arica, Valparaiso, Caspian Frontier and Canals of Noshahr, respectively.

During his press release we were able to interview Justin Wiebe, senior design director on the team, who shared some of the elements that will accompany the launch of this installment on our microphone. You can read the full advance through this link.