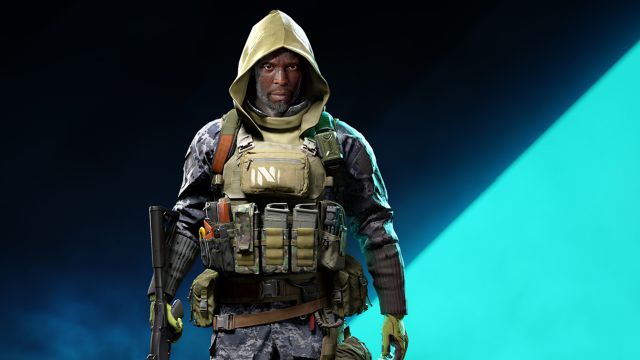 Irish will feature several special gadgets. Deployable DCS cover will protect you from hitting bullets and explosives, while the APS-36 system will shoot down demolition shells around you. Also, as a passive perk, he will provide additional armor and bonuses when taking down enemies.

“Kimble‘ Irish ’Graves is a natural leader and the commander of the specialists aboard the Exodus. Originally from Brooklyn (New York), his natural leadership qualities and combat skills help him protect the homeless, ”Electronic Arts explains on its official website. “Having learned firsthand the cost of war when he was a Marine, this skilled engineer is dedicated to protecting both his patrol and those who cannot fight for themselves.”

Game pre-orders will add the Legendary Battle-Hardened skin for this operator. In fact, the featured image in the header is the final version of the bonus. The cosmetic is not the only item that will accompany the pre-order: you will get early access to the open beta, the epic ACB-90 takedown knife from Baku, the epic weapon charm ‘Mr. Chompy ‘and the’ landing ‘player card background and’ old guard ‘badge.

In recent weeks, Battlefield Portal, the second pillar on which Battlefield 2042 is built, has taken center stage. It will feature remastered maps of past titles in the saga, such as Bad Company 2. Click on this link to find out all the details about one of the great news of your offer.