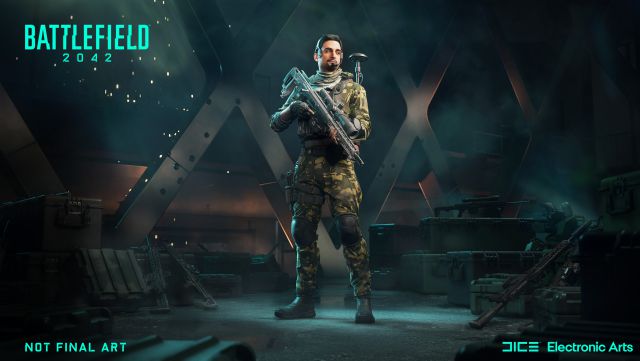 Battlefield 2042: EA DICE publishes the last five specialists that Battlefield 2042 will have, in addition to the other five known. Available from day one. Battlefield 2042 features the remaining Specialists who will debut from launch day. Although we have already seen them in various promotional materials, it has not been until now that it has transpired what their abilities are. We put a name and a face on them. At the top of the news you can see them in action.

Let us remember that from the first day a total of 10 specialists will be available. These unique characters change the class structure known so far in the series. Each one has a passive trait, a unique gadget, and is tied to a specific combat style. Under this paragraph you can see the other five remaining.

Rao is the specialist who will take advantage of his knowledge of cybersecurity. His Trojan network allows him to hack enemies to reveal the rest of his companions on the interface. He kills the target and the virus will spread out in the vicinity. His suit allows him to go further, and he will be able to use certain elements of the stage to his advantage. The example they give us is an anti-vehicle barrier. Rao can lift them to create obstacles to take down enemy tanks more easily. It is also possible to alter the equipment of the rivals.

Mendoza’s appearance is no coincidence. His numerous protections will allow him to take less damage from enemy explosives and regain health faster. You will have more chances to survive. And if the situation requires it, you will have the SOB-8 ballistic shield in your inventory. With it you will stop all the damage of the projectiles that you receive frontally. You can even hit with it melee.