Home Entertainment Battlefield 2042: Here Are All The Details 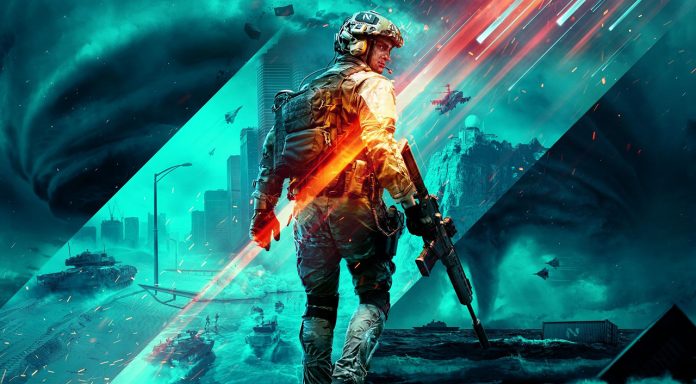 DICE announced the new game in the Battlefield series yesterday. On June 13, gameplay footage of the game will also be released. Battlefield 2042, which has large maps and 128 player support, will be released on October 23. Also, the game will not have a story mode. DICE has put its full focus on the multiplayer and battle royale mode. There is no clear information about how the battle royale mode will be. If it’s free, it can rival Warzone.

The game will be introduced in detail at the EA Play event on July 22. Players who pre-order right now gain access to the open beta. In addition, an open beta is planned for those who do not pre-order, but there is no clear information about it. Maps will be larger on next-gen consoles and PC, but the PS4 and Xbox One versions will be slightly smaller. The game will have a battle royale mode, but speaking to Eurogamer, Daniel Berlin didn’t give much details about it.

The Hazard mode was originally thought to be a battle royale, but it turned out to be a team-based mode. The game’s maps will include regions of South Korea, Singapore, Egypt, Qatar and Antarctica. A mode called All-Out Warfare, which includes Conquest and Breakthrough modes, has been announced. In this mode, there will be sectors on the map. You will try to capture the points in the sector as in the Conquest mode, and when you capture all the points in that sector, it will now be your territory as in the Breakthrough mode. A long-term struggle has been created by combining both game modes.

Currently, 7 maps have been announced for the game. These; Orbital, Hourglass, Kaleidoscope, Manifest, Discarded, Breakaway and Renewal.

The orbital map is located in French Guiana. Players will race against both time and other enemies as they battle in a rocket launching area. This map will feature a storm as a dynamic weather event.

Hourglass map is located in Doha, Qatar. Players will fight inside a deserted city. As players battle for control of a convoy trapped in the sand, sandstorms will rush into the city, blocking natural light.

The Kaleidoscope map is located in Songdo, South Korea. In a cutting-edge city in South Korea, players will battle among the skyscrapers surrounding the city.

The Manifest map is located on Brani Island, Singapore. This map features tropical tornadoes. Players will have a great fight between maze-like cargo containers.

The Discarded map is located in Alang, India. Players will battle between massive ships stranded in a strategic area on the west coast of India.

The Breakaway map is located in Queen Maud Land, Antarctica. Players will fight on the Breakaway map, which is famous for its oil resources. They will have to make use of their fuel tanks in every possible way, which creates debris fields and permanent fires when destroyed.

The Renewal map is located in the eastern desert of Egypt. Players will struggle to secure rich man-made farmland. This area is surrounded by big walls, players have to demolish these walls and increase security.

Battlefield 2042 will include operators called “Experts”. Currently, only 4 operators have been announced, 6 more operators will come. Each operator has their own unique abilities. Announced operators are Webster Mackay, Maria Flack, Pyotr “Boris” Guskovsky and Wikus “Casper” Van Daele.

Mackay also has abilities called Grappling Hook and Nimble. Grappling Hook is a gear we’re used to in Just Cause and Titanfall games. You can quickly go to a surface where you throw the hook. Nimble makes the character move faster.