Home Entertainment Battlefield 2042 Adds PS4 And Xbox One Version To Next Gen Digital... 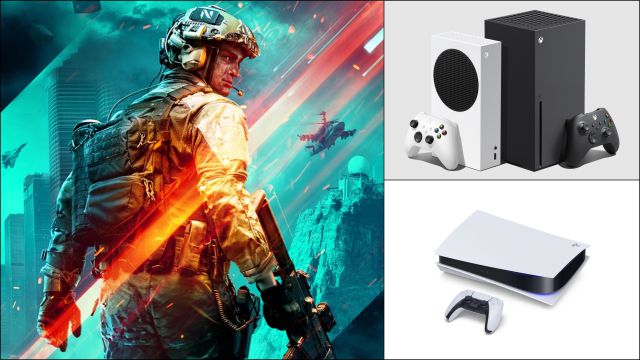 Battlefield 2042: EA DICE confirms a new intergenerational alternative for Battlefield 2042 tied to the digital standard edition of PS5 and Xbox Series X | S. Battlefield 2042 offers the community a new option to make the jump to the next generation version. All PS5 and Xbox Series X | S digital standard editions add a PS4 and Xbox One digital license, depending on the system you purchase it on. This “intergenerational package,” as Electronic Arts calls it, offers a hitherto exclusive alternative to the Gold and Ultimate editions.

This offer is added as part of the feedback the publisher has received in recent weeks. Those players who plan to get a next-gen console have a cheaper option of qualifying for the native version of Battlefield 2042, regardless of what generation they are in. It is currently available at a suggested retail price of $ 79.99 ($ ​​71.99 for EA Play members).

Open beta on the way

The first stop for fans of Battlefield 2042 will be from this October 6. EA DICE will hold its long-awaited open beta on all platforms where the final version will be released. Between October 6 and 7 at 09:00 (CEST), all players who have pre-ordered or subscribed to EA Play will be able to play with early access. It will not be until the public phase, on October 8 and 9 at the same time, when it is enabled without access restriction.

Players can look forward to a preview of the all-out warfare experience that Battlefield 2042 will offer upon its arrival. Orbital, the map featuring the rocket, is the setting chosen to host 128-player battles on PS5, Xbox Series X | S and PC, while on PS4 and Xbox One it will do so up to 64. You can preload the beta from now on at the digital stores of each platform.