Home Tech The Battle of Thrones Between XRP and Tether Continues, What’s Next? 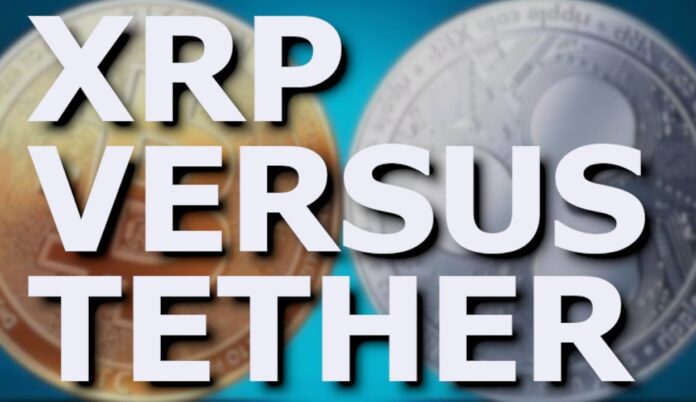 The USDT of Tether, the most popular cryptocurrency fixed to the dollar, saw the 3rd place again on the weekend and pushed XRP to its 4th position.

“Tether and XRP Have Different Usage Cases”
On Twitter, someone asked Ripple CTO David Schwartz about the ongoing situation between Tether and XRP.

The question was asked if the USDT, which dropped XRP from its top 3 position, thought it had more usage areas than XRP.

As is known, Tether is frequently used by traders and entrepreneurs (especially the Chinese) to transfer funds between cross-border money transfers and crypto exchanges.

Schwartz said that these two cryptocurrencies have completely different use cases. Tether is not used for direct remittance like MoneyGram or other Ripple partners that take advantage of the Optional Liquidity platform.

Ripple CTO implies that USDT cannot be a universal cryptocurrency as it is centralized and linked to the fiat currency. Nevertheless, he admitted that XRP is also not perfect and its volatility is generally higher than USDT.

I think they have different use cases. I don't think an asset pegged to one country's fiat through a central party you have to trust can be universal. But XRP has volatility that makes it harder to use in many use cases.

Was USDT Originally An XRP Alternative?
Tiffany Hayden, a crypto phenomenon and member of the XRP community, said that Tether was trying to introduce itself as an alternative to XRP at first.

775% Increase in the Use of Microsoft Azure from Coronavirus