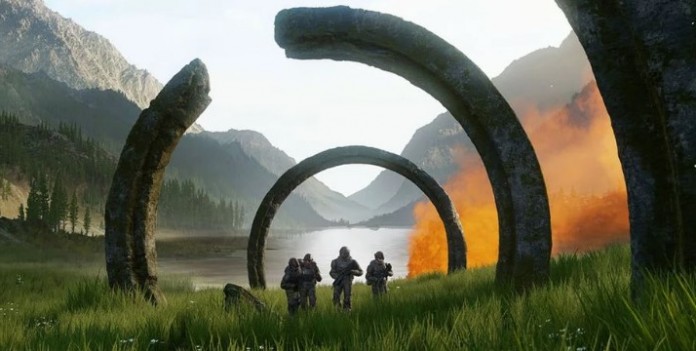 Leaks have revealed new information from Halo Infinite hinting at the release of Battle Royale mode by the end of 2022, which has been under development for years.

Dataminers and leaks suggest that Halo Infinite may still get a Battle Royale mode, and it may come out earlier than expected. Fans flocked to the free multiplayer game Halo Infinite when it was first released more than six months ago. Players were able to unlock a variety of cosmetic items to differentiate their Spartans from each other while enjoying a cross-platform multiplayer game with PC players. Unfortunately, temporary events and the possibility of unlocking the Battle Pass could not interest fans of FPS sci-fi shooter for a long time.

The multiplayer game Halo Infinite started incredibly powerfully with a record number of players when it was released a month before fans expected it. However, some delays and the lack of new cards led to the fact that many players lost interest. 343 Industries continues to work hard on new multiplayer and single-player content: new maps and modes will appear in the Halo Infinite multiplayer game in the second season. The company also promised that a cooperative campaign and a customizable Forge mode will appear in subsequent seasons. But leaks suggest that players will also get a Battle Royale mode in one of the upcoming seasons.

Previous rumors about the Battle Royale mode in Halo Infinite seem more likely after the appearance of new information. Forbes reported leaks from the user Twitterleaks_infinite, who published a lot of information about the rumor mode. Judging by the tweets, the regime was codenamed Tatanka. Images and information detail the configurable parameters, mode parameters and the number of players that suggest that bots will participate in matches. The image below shows the parameters for the landing capsules of rebirth and reduction of the containment area, which are widely used in other BR games such as Apex Legends, Fortnite and Call of Duty: Warzone. Other tweets from leaks_infinite say that in this mode 60-100 players and bots will fight for supremacy in this mode, but, as in the case of other leaks, time will tell which of them will turn out to be true.

Leaks were a problem for Halo Infinite even before its launch. There were rumors of an early release of a multiplayer game, and data scientists discovered information that could lead to the addition of future content, such as Buzz Lightyear-themed cosmetics. However, rumors about the Battle Royale mode were difficult to keep secret. Internal sources reported that BR mode has been in development for more than two years, and a separate developer is working on the Battle Royale mode for Halo Infinite, so 343 Industries can continue to focus on new single-player and multiplayer content for Infinite. .

New multiplayer maps and modes will appear on May 3 in the anticipated second season of Halo Infinite. Both new maps, Catalyst and Breaker, are designed to breathe fresh air into multiplayer. It is said that the second season of the multiplayer game Infinite is dedicated to the theme of “Lone Wolves”, but, according to rumors and assumptions, fans expect that subsequent seasons will include substantial content, such as the promised Forge mode, a joint campaign, and now a completely new Battle Royale mode. If many of the teams behind the development of Halo Infinite are able to complete all the modes they are working on, according to leaks, Halo fans will get a lot of new content.