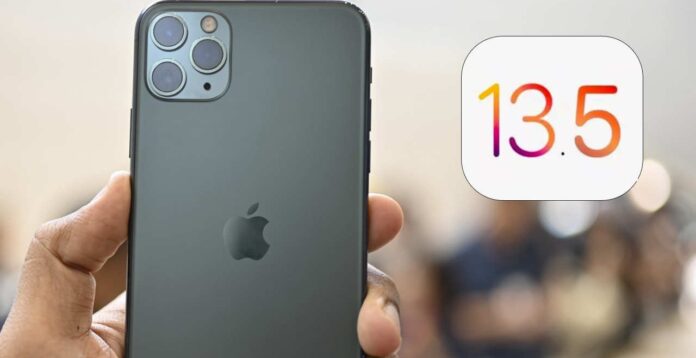 After a recently released iOS 13.5 update, a YouTube channel evaluated the battery duration and performance changes on devices by examining it on different iPhone models that received the update. Let’s see the details together.

As you know, the Apple-based technology giant Apple recently released the iOS 13.5 update for the iPhone 6S and more recent models. This update, which is currently downloadable for supported models, was examined by a YouTube channel on different iPhone models, and the battery duration and performance changes that occurred after updating the devices were observed.

In the review made by iAppleBytes page on both old and new iPhone models; The changes that occurred after the iOS 13.5 update on iPhone SE, iPhone 6S, iPhone 7, iPhone 8, iPhone XR, iPhone 11 and iPhone SE 2020 were evaluated.

After the update, there were comments that the performance had decreased:

Stating that they had the opportunity to observe the positive or negative change in the devices and share this with the users interested in the subject, the iAppleBytes page states that they decided to shoot such an evaluation and review video exactly 6 days after updating the devices.

The founders also add that the most important part of these decisions is the sharing of battery time and device performance, which began to show up on social media after the update was launched by Apple to users. Finally, let’s also mention in the video that iOS 13.5 is compared with previous iOS versions iOS 13.3.1, iOS 13.4 and iOS 13.4.1.

If you are an iPhone user and have installed the iOS 13.5 update, do not forget to watch the video and share your thoughts with us in the comments section after watching the video.