Home Entertainment Batman: This Was Ben Affleck’s Imposing And Striking Suit For His Canceled... 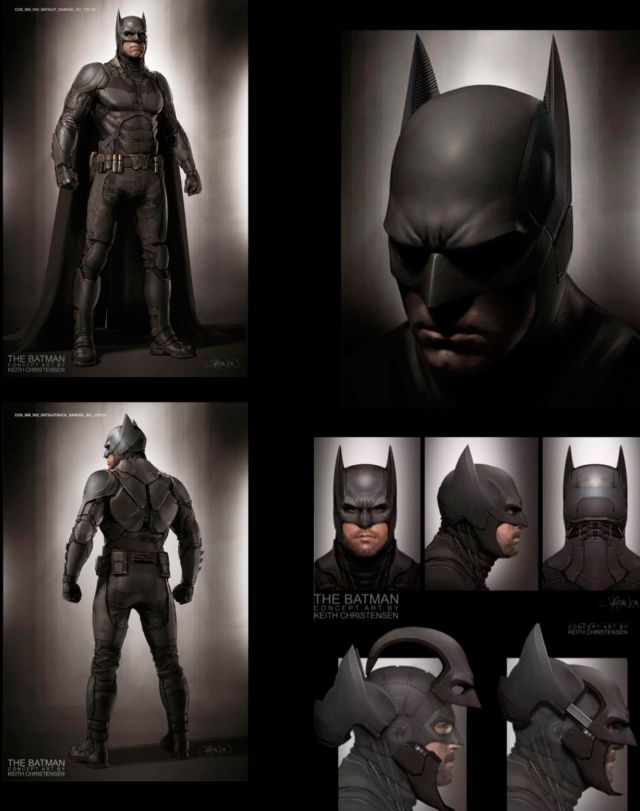 Batman: A concept artist who worked on the canceled Dark Knight solo project shares the design of the suit and its various accessories. While Matt Reeves and Robert Pattinson’s The Batman continues to triumph at the box office, we will always be left with the question of what Ben Affleck’s solo project of his celebrated version of the Dark Knight would have been like, a film that should have come after Justice League and that finally it was canceled for various reasons, including the actor’s abandonment of such a popular role. And beyond that Affleck was going to play and direct her, little else is known about the Batman version of him; until now. And it is that the conceptual artist who worked on the project has shown the design of the suit made for said film, a new more armored appearance that contrasts with the suit worn by Batman in the Snyderverse. And Affleck’s appearance could not be more spectacular and imposing.

This would have been Batfleck’s solo Batman

Thus, we do know that, most likely, the lethal Deathstroke was going to be the main villain of the film, an expert sword-wielding fighter who turns out to be terribly dangerous. Hence the more armor aspect of this new suit, which would surely have protected Bruce Wayne from Deathstroke’s sharp blades. A look that, now yes, reminds us more of the appearance that Robert Pattinson wears in The Batman, with military-looking clothes and more spectacular pieces of armor.

Even so, and despite the fact that the suit seems heavier, more forceful and bulletproof, it also has several slightly more flexible sections, all to give Batman the necessary mobility in combat. This has been shared by the artist Keith Christensen through his official Instagram account, a conceptual designer who has also worked on other DC productions such as Batman v Superman or the most recent The Batman.

It won’t be until 2023 when we see Ben Affleck for the last time as Batman in The Flash, a movie that has recently been delayed.

‘Armageddon’: Exploding Asteroid As In The Movie Could Work, Study Says