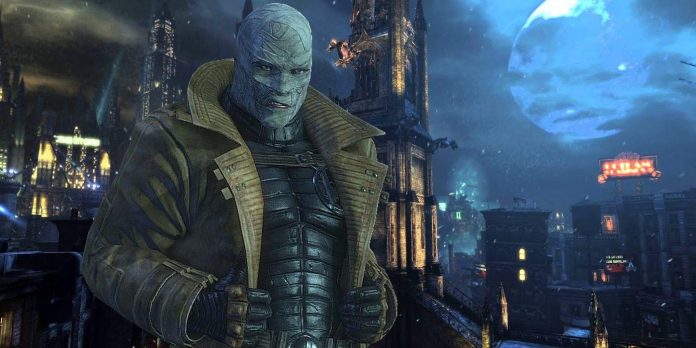 The identity thief was one of the minor villains in Batman: Arkham City, and although his side mission is presented later in the game, he can be seen at the very beginning. The true identity of this villain is not revealed until the end of the quest chain, but there are clues about who the Identity Thief really is, already the first time Batman enters the Church. If Batman talks to one of the medics, he will be able to find out information about a person whose face is wrapped in bandages.

In the side mission “Identity Thief”, Batman explores several crime scenes where the victims’ faces are missing. A sad twist reveals that the fingerprints found at the crime scene belong to Bruce Wayne in Batman: Arkham City. Victims of the Identity Thief periodically pop up, and after the appearance of the first crime scene, the bandaged man disappears from the church. Unfortunately, if Batman talks to the medics again later, they seem to completely forget about the Identity Thief’s presence there. No additional information about how the Identity Thief managed to escape under the supervision of a medic Adam Hamasaki is reported.

When Batman arrives at the church, he urgently searches for the Joker after tracing the sniper’s shot to the bell tower. Unsurprisingly, he no longer asks questions about the bandaged man, because he is also investigating Hugo Strange and Protocol 10, who is already responsible for the worst moment with the Batman character in Arkham City. However, if Batman had had a few extra minutes to study this man more deeply, he would have discovered that he was actually Thomas Elliot, and might have been able to prevent subsequent murders.

The information provided by Batman: Arkham City regarding Thomas Elliott’s grudge against Bruce Wayne is limited. The Silence biography page is the only section of the game that contains any context of Elliot’s vengeful plan, but this is just a brief explanation. A more detailed description of Elliot’s childhood and the reasons for his contempt for the Waynes is given in such comics as Hush and Heart of Hush. As children, Bruce and Thomas were close friends who helped each other grow intellectually. The comics actually messed up the big twist in Batman: Arkham Knight, but they complement Thomas Elliott’s story. At a young age, Thomas was recognized as a genius for his exceptional talents and tactical thinking.

Although they were intellectually similar and both belonged to the upper class, Bruce and Thomas had very different childhoods. Thomas suffered abuse from his father and resented his mother for allowing this to happen. As a woman who came out of poverty, Maria Elliot was afraid of losing her place among the elite of Gotham, so she never spoke out against Roger’s cruel and violent behavior. Eventually, Thomas devised a plan to get rid of his parents and inherit their fortune. One night, Thomas, played by voice actor Kevin Conroy in Batman: Arkham City, cut the brake line of his parents’ car, and as a result of the accident, Roger died instantly. However, Maria was rushed to the hospital, where she was saved by the famous surgeon Thomas Wayne.

Thomas blamed the Waynes for all his problems. Over the years, Maria has used her control over their condition to force Thomas to do anything and everything she demanded. Thomas hated his mother, but he took care of her even when she got cancer because he wanted to inherit. Eventually, Thomas began a relationship with Peyton Riley, the second Ventriloquist, and he almost lost his fortune. Maria disowned Thomas and cut him out of her will for continuing to date Peyton. With the threat of losing everything hanging over him, Thomas strangled his mother and ordered Peyton to kill the lawyer and destroy the amended will. Finally, having inherited his parents’ money, Thomas excluded Peyton from his life and began planning his revenge on Bruce Wayne, whose brother may be in Gotham Knights.

Thomas’ hatred of Bruce stems from his jealousy. Bruce’s parents were killed shortly after Thomas tried to kill his own, and he saw it as an injustice. His envy only increased when Bruce started traveling the world and Thomas got stuck taking care of his verbally abusive mother. In Hush, Thomas’ elaborate revenge plan is put into action after he skillfully manipulates all of Gotham’s top supervillains. Thomas even goes so far as to implant a tracker in Bruce’s head during surgery, sending him subliminal messages containing his name and image before causing the Batmobile to crash. Faking his own death, Thomas surgically removes his face and creates a new one so that he looks exactly like Bruce Wayne. In Heart of Hush, Thomas takes it one step further by capturing Catwoman, who was made dirty again in Batman: Arkham. Silence removes her heart, but leaves her barely alive to torment Bruce.