Home Entertainment Batman: Ras Al Ghul Would Be Better in the Reeves Trilogy than... 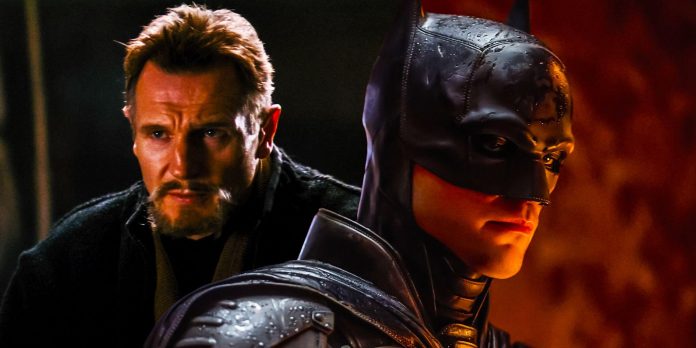 The sheer villainy of Ra’s al Ghul is more suited to Matt Reeves’ Batman franchise than to Christopher Nolan’s The Dark Knight trilogy. Given the extremely successful reception of Reeves’ version of the Caped Crusader, curiosity continues to grow as to which enemy from Batman’s rogue gallery the hero will face in Batman 2 and subsequent films. Characters such as The Riddler, Penguin, Catwoman and, most surprisingly, the Joker have already debuted in the first film, and Reeves still has a lot of unused Batman villains that he can reveal in his sequels.

One of the characters Reeves could introduce in his franchise is Ras al Ghul. First appearing in Batman #232 in 1971, the popular enemy has since become a mainstay of DC comics. Armed with an abundance of knowledge acquired over hundreds of years through the use of life-prolonging Lazarus pits, Ras al Ghul is also unique because of his familiarity with the true identity of Batman. He is a master of both psychological and physical warfare and considers Batman his ideal opponent, impressed by the hero’s intelligence, but also acutely aware of his weaknesses.

While Ra’s al Ghul was previously well portrayed by Liam Neeson (and Josh Pence) in Nolan’s Dark Knight films, this character would fit even better into the Reeves franchise. Pattinson’s Bruce Wayne lacks family, friends and a shared ability to maintain relationships —even Bruce and Alfred’s relationship in Batman is broken at best — making his Caped Crusader ultimately the loneliest iteration of a superhero on screen. With the death of his parents hanging over his head, and he spent most of his upbringing as an orphan, Bruce lacks proper social cues and restrictions. His childhood trauma has turned into self-torture in adulthood, and his insecurities and fears force him to stand up for himself. With no one to turn to, Pattinson’s Batman could easily be manipulated by Ra’s al Ghul, as the facade of the villain’s father figure could deceive the broken Bruce, forcing him to relax his vigilance and face his inner demons.

With the Riddler exposing Gotham’s deep-rooted corruption at the end of Batman, there is no better villain to continue the storyline than Ras al Ghul. As Batman corrects the mistake of the Dark Knight trilogy by turning Gotham into a central character, it creates a perfect utopia of chaos that Ra’s al Ghul must defeat. Neeson’s iteration of Ra’s al Ghul in Batman Begins was also obsessed with the destruction of Gotham due to its corrupt infrastructure, but the character would have an even greater impact on the Reeves franchise due to the sheer level of corruption depicted and revealed in Batman combined with the character’s character. the desire to ensure social balance. Batman declined the offer to leave the city with Selina Kyle, and now Ras al Ghul could inevitably corner the Caped Crusader, forcing him to collect back the fragments of the destroyed Gotham and even more force the hero to decide whether the city and its inhabitants are more expensive than their own lives.

Pattinson’s Batman is radically different from previous incarnations, as Reeves’ vision chooses a younger and more emotional vigilante figure. Ra’s al Ghul’s vast knowledge and rich experience would have given him a greater advantage over this Caped Crusader, whose naive nature led to many mistakes of the hero in the first film. His inability to balance his rage with restraint makes him susceptible to a villain on the scale of Ras al Ghul. And with his young age comes emotional vulnerability. Such instability, manifested in his erroneous decisions and aggressive tactics, would allow the villain to push the hero to questions of life and death. Ultimately, he will force Bruce to think with his mind, not with his fists, a trait that Pattinson’s version of the Dark Knight in the Batman films has not yet learned, which makes Ras al Ghul absolutely suitable for the Reeves trilogy.

Cheryl Burke says she “didn’t have sex” all this year amid...