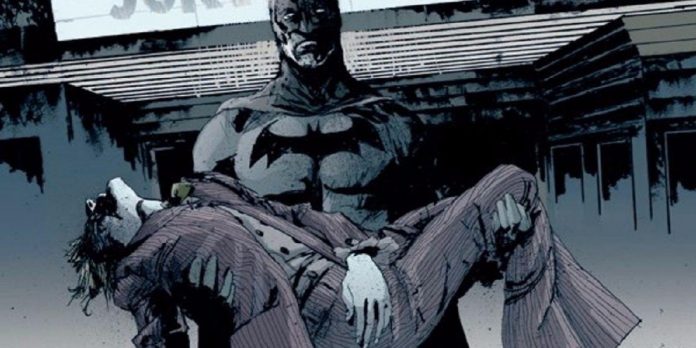 It would seem that the eternal struggle between Batman and the Joker has been raging for several decades, and there is no end in sight, although in one alternate future in the DC universe, the Joker is finally killed in the same cruel and perverse way as his life. While the Joker’s death came as a real shock to readers, Batman was not very surprised, as the Caped Crusader predicted the Joker’s death long before it happened, although not in the way fans expected.

The Joker made his debut in “Batman #1” by Bill Finger and Bob Kane. In this issue, which contains several storylines, the Joker appears twice, and in each of them he proves his unprecedented villainy. The Joker first comes to Batman’s attention after launching a perverse plan to steal valuable jewels and rubies from a number of rich and famous residents of Gotham City, killing them in the process. While many die in the footsteps of the Joker, Batman can eventually stop him and bring him to justice, putting him in prison, where he belongs. However, later in the same issue, the Joker escapes from prison and is defeated in a much more dramatic way.

Related: The Joker would give up Now If he Saw his Legacy in the future DC

In Batman story #1, “The Return of the Joker,” the Joker breaks out of prison and returns to his villainous plan to kill those who have valuable jewelry, and then takes these valuables for himself — all the while outsmarting the police and Batman in the process. However, having become more familiar with his methods and motives, the hero in the cloak can catch the Joker much faster than last time, which leads them to a brutal fight to the death. Faced face to face with Batman, the Joker pulls out a razor-sharp dagger and tries to kill the Dark Knight once and for all. Unfortunately for the Harlequin of Hate, Batman takes him away, causing the Joker to accidentally stab himself in the chest-a wound that apparently kills him. Standing over his supposed corpse, Batman utters a few last words on behalf of the Joker that are equally haunting and profound, saying, “When the flesh disappears—the grinning skull will still carry the Joker’s mark… into eternity!”

Decades later, in the alternate future of Batman: The Return of the Dark Knight by Frank Miller, Klaus Janson and Lynn Varley, Batman and the Joker enter their final conflict at an amusement park. In an attraction called The Tunnel of Love, Batman delivers a crushingly brutal blow to the Joker, which paralyzes the villain from head to toe. Wanting to make the authorities believe that Batman really killed him, the Joker breaks his neck with the last remaining strength, laughing maniacally all the time. When the police finally show up, they bring flamethrowers to easily smoke out Batman and make an arrest. After the attraction is set on fire, the Joker’s corpse bursts into flames, and his skin burns off the bones, leaving behind a grinning skull. Batman looks back at the Joker’s body and says, “Stop laughing…” — thereby fulfilling the prophecy he uttered when he first believed that the Joker was dead.

Batman’s feelings in Batman #1 basically state that the Joker’s death will not be enough to end his villainous influence on Gotham City, including the influence that the Joker exerts on Batman personally. When readers saw that Batman could still hear the Joker laughing at him, even after he dies in Batman: The Dark Knight Returns, it was revealed that Batman was right, and proves that Batman predicted the Joker’s death decades before it happened when the grinning skull The Joker broke. his flesh, indeed, lived in eternity.

Adults on Twitter are roasting young fans of the TV series...

Metroid Dread Triumphs In The Critics, What Are The Best Rated...