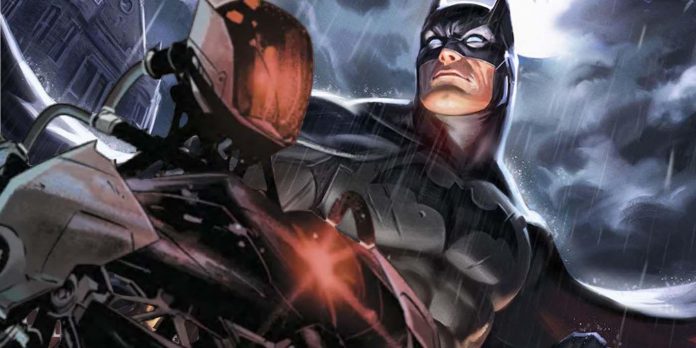 The Dark Knight is about to fight an unlikely enemy as Batman meets his rival in the face of a brand new villain, Failsafe. In a brand new preview for Batman #126 from DC Comics, the hero fights a mysterious and powerful robot as his opponent matches Batman’s fighting style, almost killing him in the battle between man and machine. Has Batman found his equal in Failsafe?

In his new arc from DC Comics, Batman has encountered a new villain mysteriously connected to his past, Alfred Pennyworth and the Batpester. After the Penguin accused the Dark Knight of murder, a robot named Failsafe was activated inside the Bat Cave. Going online, Failsafe seems to be a kind of protocol against Batman if he ever breaks down – since the death of the Penguin could lead to his inclusion. In the new preview for Batman #126, Batman learns how dangerous his new villain really is.

In Batman #126 by Chip Zdarski, Jorge Jimenez, Tomeu Mori and Clayton Coles from DC Comics, Batman argues with Robin about returning to action after he was almost killed. Returning to the Bat Cave and admitting that he wants his buddies and friends to find happiness, Batman is ambushed by Failsafe, who begins to act, sending the hero flying with a powerful throw.

Batman has little time to react, realizing how fast and strong the villain is. When he tries to hit Failsafe, his robot opponent easily blocks him before sending Bruce Wayne to the ground with a powerful punch. Batman struggles to resist the robot, but quickly discovers that the machine repeats his move after move. He understands that he will not be able to defeat him in hand-to-hand combat. Wounded on the ground, Batman summons the Batmobile, as resiliency proves to be too much of a challenge even for the Dark Knight.

It’s rare to see Batman suffer such a one-sided defeat, as Failsafe manages to block all of his attacks, almost killing the Dark Knight with its impressive set of moves. However, Batman does not seem to recognize the new villain and has no personal history with him, which means that his connection with Failsafe will still be revealed. Given that Failsafe managed to easily fight Batman and make him look weak with just a few punches, Bruce Wayne seems to have met his rivalry with the robot, as someone (or something) designed him to stop Batman. Readers will be able to learn more about the DC hero fighting Failsafe and his connection to the villain when DC Comics’ Batman #126 hits comic book stores on Tuesday.