Home Celebrity The Batman: Would Johnny Depp be a good choice for playing The... 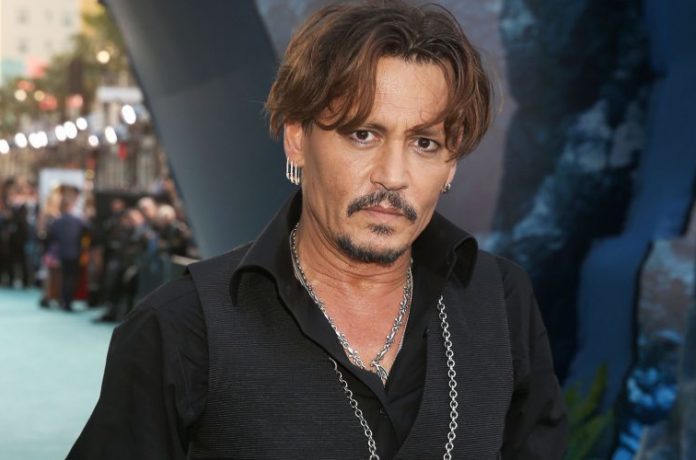 The Batman: Would Johnny Depp be a good choice for playing The Joker? Several rumors continue to circulate about The Batman, including one who wants Johnny Depp to be the next Joker. Interesting!

While production of The Batman was suspended for two weeks due to the coronavirus epidemic , that does not prevent several rumors of casting from circulating.

Bringing together many Gotham villains in front of Robert Pattinson’s bat man, the film will not welcome Double-Face or the Joker. Iconic characters and great enemies of the Dark Knight, however , it is a safe bet that Matt Reeves reserves them for a second adaptation . If Harvey Dent should however appear in this first film, his presence having been teased many times, it is still less certain to find the Prince of Crime against Bruce Wayne.

If this scriptwriting choice can be explained the adaptation of Todd Phillips with Joaquin Phoenix released last October, this should not however prevent the appearance of the Joker in a second installment of The Batman .

However, if Todd Phillips ‘film was a unique creation, independent of the DCEU universe, who could take over the role in front of Matt Reeves’ camera? One of the emerging theories on the Internet is that Johnny Depp is the lucky winner. Indeed, after several rumors having circulated on the Internet, a fan-art then the statements of Kevin Smith, the idea seems rather tempting.

It must be said that the actor has the right build. Having illustrated himself in many iconic roles like Jack Sparrow, the American actor does not hesitate to hide behind certain artifices notably in Tim Burton for Edward in Silver Hands or more recently in the live-action Alice in Wonderland .

Accustomed in the latter or in Pirates of the Caribbean to interpret characters with dementia more than relative , these particular character traits combined with the talent of Johnny Depp would undoubtedly feed a new interpretation of the Joker. Besides that, the actor also knows the stake that represents the fact of interpreting an antagonist.

Currently illustrated in the saga ofFantastic Beasts in the shoes of the fearsome Grindelwald – who finally decided not to keep filming the third installment because of the coronavirus – it is certain that Johnny Depp will be able to relay this tension between his enemy and him on the screen, as he l ” faced Jude Law in the Harry Potter spin-off or in the movie Strictly Criminal where he played the gangster James J. Bulger.

The fact that the actor joined the cast of Matt Reeves does not seem impossible either, since his co-star of Fantastic Beasts , Colin Farrell, interpreter in The Batman , the famous Penguin. Can we assume that the two actors are working together and for a longer time on this project? If it belongs to the production business, the fact remains that Johnny Depp knows particularly well the cogs of the Warner since The Crimes of Grindelwald.

The production could therefore see here a way to keep under its wing, an actor recognized by the public but also by the critics. Besides that, it is undeniable that Johnny Depp would bring something new to the interpretation of the Prince of Crime. Depicted young as Jared Leto before Joaquin Phoenix resumes the role, Johnny Depp could from the height of his 56 years offer a more mature version of the enemy of Batman, perhaps less violent but just as cerebral.

If these assumptions do not confirm the participation of Johnny Depp in The Batman , it is clear that the Hollywood actor would be one of the actors capable of taking on the role, after the excellent performances of Heath Ledger and Joaquin Phoenix, both winners of the Oscar for Best Actor.

If we still don’t know if The Batmanwill be able to compete in future seasons of awards, the film should in any case offer the public a new version of the Dark Knight, but also represent a source of creation and fun for those who participate. If we only have to hope that Matt Reeves has planned the entry of the Joker in future films, let’s also hope that the director already has his interpreter in mind, at least we have it for him !

The only reason the crime drama isn’t Christmas episode