Home Entertainment Batman found out he looked like the Joker in the darkest possible... 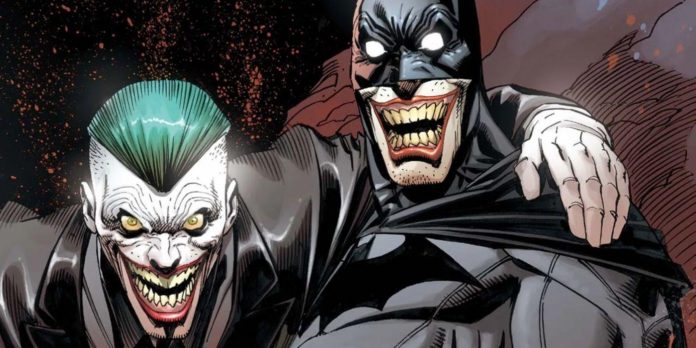 As much as he despises the Joker’s twisted and insidious mind, Batman accidentally revealed that he is much more like his nemesis than he thought. In an unexpected turn of events, the Dark Knight almost helped the Joker commit a crime, giving him a great opportunity.

Batman and the Joker have a dynamic that goes further back than most hero-villain relationships. Ever since he first appeared in Bruce Wayne’s life, the Joker has been a constant thorn in Batman’s side. Terrorizing Gotham with his sociopathic sense of humor or directly attacking the bat family, the Joker can’t help but torment his enemy. Batman fought the Joker every time the clown appeared from the shadows, but it’s not enough for the hero to just react. To truly contain the Joker, Batman had to put himself in the shoes of his enemy and think exactly like the Clown Prince of the underworld.

Related: The Joker is Obsessed with Only One Thing More than Batman

But this may not always be a good thing. In Harley Quinn #25 by Karl Kesel and Craig Russo, the Dark Knight summoned Harley Quinn to help him lure out his worst enemy. Harley manages to find the Joker, but she tricks Batman to help her Puddin.” The Joker decides to deceive Batman by throwing him false hints in the form of meaningless jokes. Despite the Joker’s misinformation, the hero manages to put something together from the Joker’s wild goose chase. Based on the clues provided by the Joker, Batman believes that the clown is going to attack the convention of novelty sellers, which, according to the Joker, is actually a good idea. It’s only when the three collide at the convention that Harley explains to Batman that he was the one who developed the Joker’s latest plan.

While the Dark Knight may be shocked, most readers shouldn’t be shocked. Batman and the Joker are often interpreted as two sides of the same coin. Given Batman’s long history with his enemy, it’s no surprise that he’s capable of thinking as perversely as his nemesis. But the fact that Bruce is coming up with the perfect crime story for the Joker should cut him to the bone.

Is it possible that all the time Batman was hunting the Joker changed the Dark Knight’s own consciousness? They say that when fighting monsters, you need to be careful not to become a monster yourself. Trying to keep Gotham safe, Batman fought the Joker in various ways, even trying on the role of the Joker, trying to think like a sinister villain. But such methods cannot be healthy, and trying to think like a Joker is just asking for trouble. Batman looked at a random pattern and, accepting the deviant mind of his enemy, formed a conspiracy that the Joker approved. Perhaps it was done in the name of justice, but it showed that the two enemies are not so different from each other. The ability to develop a plan approved by the Joker should be more than enough to make Batman think seriously.

Tramp: what to do after completing the game