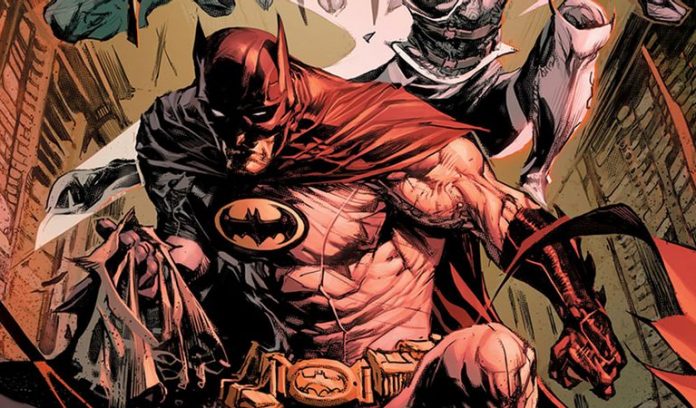 It’s almost impossible to get Batman to confess his true feelings in most situations, but in a new preview, the hero has just revealed one of DC Comics’ darkest secrets. In the new preview of DC vs. Vampires #6 from DC Comics, when the Lasso of Truth binds the Dark Knight, Wonder Woman Vampire asks him if he ever dreamed of becoming an immortal being with almost immeasurable power. Batman admits that yes.

Batman has never sought a power boost, as he has managed to become one of the greatest heroes in the DC universe without any special abilities. However, in the world of DC comics, overrun by vampires and turned some of his Justice League comrades and allies into blood-sucking monsters, the Caped Crusader admitted that he dreamed of possessing their incredible abilities. In the process, he revealed one of the darkest secrets of the District of Columbia, which even the most noble heroes consider to have great and dangerous abilities.

In the new preview of DC vs. Vampires #6 by James Tynion IV, Matthew Rosenberg, Otto Schmidt, Simone Di Meo, Daniel Di Nicuolo, Rex Locus and Tom Napolitano Batman, Green Arrow and the Bat family are preparing for battle. the vampire’s next attack. Meanwhile, Batgirl is dealing with a suicide squad.

Unfortunately, the bat family and Green Arrow are unexpectedly visited by vampires, Green Lantern and Wonder Woman. Diana asks Batman to talk to them and reminds them that they are friends. Batman immediately notes that if they were friends, the vampires wouldn’t have killed The Flash. Green Lantern offers Bruce Wayne and the Bat Family to join them to become immortals, but is refused, resulting in a battle between the living and the undead.

Sonic The Movie 2 Reunites Its Protagonists In A New Clip