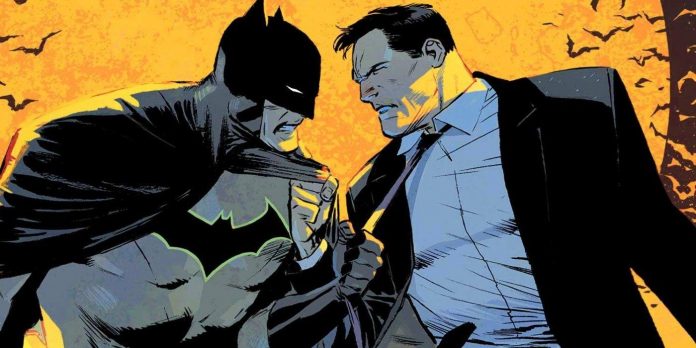 Attention: there are spoilers ahead for Batman #125!

Everyone in their life knows that Batman can be cruel and heartless when it comes to his relationship, but it turns out that the Dark Knight considers his relationship with Bruce Wayne to be simple tools that can be used in his mission as a vigilante.

There may have been a period of time when Bruce Wayne was a normal and balanced person, but that was probably only before his parents were killed. After the death of Thomas and Martha, Wayne Bruce and, accordingly, his relationship with people has never been the same. He became a broken man, which made it difficult to build both friendships and romantic relationships, as he was overcome with grief and constantly pushed people away. It was even difficult for Bruce to open up to Alfred from time to time, who was probably the only person who could know what he was going through.

An understanding of how Bruce feels about his relationship is given in “Batman # 125” by Chip Zdarski and Jorge Jimenez. An old friend of Bruce’s is killed, and Tim Drake stops by to offer his condolences. At this point, Batman reveals that Bruce Wayne was only friends with “Colin” because during the period of his life when he started being Batman, Colin helped as a cover, helping to create the playboy image that Bruce needed to hide his vigilante activities. . When Tim calls Colin a “friend,” Batman responds hesitantly before confirming that he “used” him during his return to Gotham.

Batman states that after Colin got married, he no longer hung out and, therefore, was no longer a useful tool for him. This confirms the long-standing fan theory that Bruce Wayne as a person does not really exist. He’s just a mask that Batman wears to hide from the world. And since Bruce Wayne is just a person, not a real person, all his friendships and relationships are really nothing more than convenience for maintaining this personality.

Batman was often callous and controlled by his crime—fighting allies, but in these cases he at least has an excuse that their lives— and the lives of others- are constantly at stake. However, as Tim Drake worries that the Dark Knight has effectively abandoned his civilian identity, this new death suggests that even with the lower stakes, Batman views the people around him as another resource in his mission.

It may seem cruel and heartless to an ordinary person, but Batman is not normal. His crusade against crime is indeed a comprehensive effort. He has no personal life. Even when he takes off his mask and transforms into Bruce Wayne, he never fails as a vigilante. Everything he does as Bruce Wayne, including the relationships and friendships he cherishes, seems to be nothing more than a means to protect his activities as Batman.