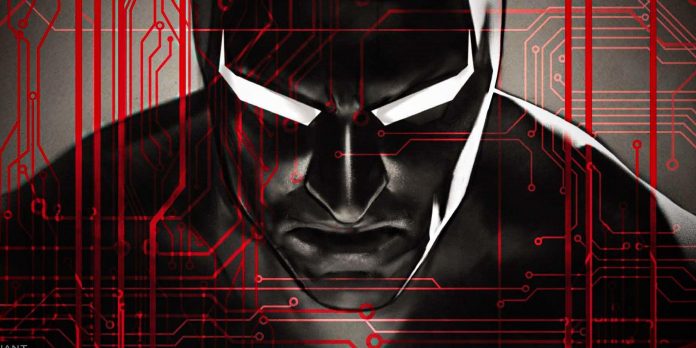 The sleek, form—fitting cosplay of Batman from DC comics posing in scenes reminiscent of his natural environment of the distant future clearly shows that Terry McGinnis is a hero who is ready to make the leap into live action. His aesthetic is perfect for the Arrow universe, where comics related to the CW TV show have already shown Batwoman beyond. In addition, the path to introducing the fantastic hero Terry McGinnis has already been paved, since the storylines of each media outlet were focused on approximately the same period of time in which the action of Batman Beyond takes place, give or take a decade or two.

Batman Beyond originally flew into the fan-favorite animated spin-off of the beloved Batman: The Animated Series. The show revealed that when the elder Bruce Wayne finally lost his step in 2039, there was an entirely new character waiting in the wings to defend Neo-Gotham, given that the various Robins failed to become Batman’s true successors. Instead, the stranger used a high-tech suit designed by the Caped Crusader to enhance his abilities and prolong his career as a crime fighter. Although Terry McGinnis stole this technology to pursue his father’s killer, Wayne recognized the young man’s courage and became his envious mentor. The popularity of this future version of Batman and his evolved costume eventually led to McGinnis getting his own comic book series and a unique place in Batman lore.

Now Reddit user Chrisreylo73 has brought this creative costume to life thanks to the seamless use of polylactic acid (PLA), molded 3D-printed plastic made of organic materials and the realism of a flawlessly futuristic background. In one photo shared by this user, the smooth black contours and clear red lines of the costume perfectly match the scene flooded with yellow neon. The suit shines like wet asphalt pavement, showing that the Batman of the future remains a street-level hero, although created for speed and smooth movements. In another harsh scene, the hero stands in an empty subway station, looking like a living weapon, ready for violence and speedy justice.

Given the high level of ambition in the Arrowverse, this take on Batman Beyond fits in with what this franchise has done so well, namely bringing more DC Comics characters to the masses. With the cinematic realism of this cosplay, it’s easy to see how the Batman of the Future can fight alongside the likes of Supergirl, Oliver Queen and The Flash, giving fans a long-awaited glimpse of Terry McGinnis in gorgeous 3D action.

Costumes of this caliber also signal that the Arrowverse should include Batman Beyond as part of its bold new direction, fully immersed in the otherworldliness of technology-soaked Neo-Gotham. Since the costume and scenery of this cosplay are so perfect, it becomes clear that Batman Beyond should be on the shortlist of future additions to the Arrowverse list, and fans fully deserve an authentic look at the hero.