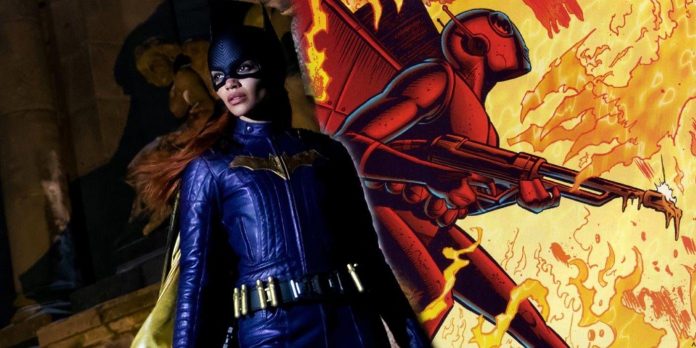 Brendan Fraser has revealed some intriguing details of his Firefly villain in “Batgirl.” In 1961, the District of Columbia introduced Barbara Gordon as the new incarnation of Batgirl, who is the daughter of Gotham City Police Department Commissioner Jim Gordon. The protégé-superheroine and Batman’s partner turned out to be quite popular among fans, thanks to which she appeared in a number of projects with live actors. Some of the most memorable images of Batgirl are created by Alicia Silverstone and Yvonne Craig. Although she has been around for some time, rumors about a solo movie about Batgirl only began in 2017, when Joss Whedon was hired to direct, produce and write the script of the film. But he eventually left the project after a year, prompting WB and DC to rework their plans.

Directed by Adil El Arbi and Bilal Fallah from a script by Kristina Hodson, “Batgirl” is already at an advanced stage of development, and filming has already been completed. Leslie Grace on the Heights stars in the film, while J.K. Simmons reprises her role in the DCEU as her father, Commissioner Gordon, and Michael Keaton as Bruce Wayne/Batman. The villain in Batgirl is Fraser’s Firefly, a sociopathic pyromaniac who commits acts of arson all over Gotham. Previously, details about Fraser’s character were not clear, but now there is an update on his role.

User Cristy Worley recently shared a video on YouTube showing Brendan Fraser at GalaxyCon: Raleigh in North Carolina participating in a Q&A session with fans. During the event, Fraser teased his role as Batgirl, revealing the identity of his villain as Ted Carson. The actor explains that Carson is a veteran who has lost benefits. And this frustration has led him to become an arsonist who is determined to set the whole of Gotham City on fire. Read what Fraser said below.

“Ted Carson is the name of a character. I noticed that it was sealed in the media. It’s a new character, it’s a new day. the earth. Both Batman and Batgirl are here to stop him. Or are they?”

The comic book character Ted Carson was created by Bill Finger and Sheldon Moldoff for Batman #126, and he assumes the identity of a Firefly in honor of the incendiary Garfield Lynns. However, it seems that the movie “Batgirl” changed the Firefly’s backstory, since in the original strip Ted Carson was a rich gold mine heir who turned to a life of crime out of greed. But Fraser’s Firefly costume in “Batgirl” still seems faithful to Carson’s robotic flying suit. In previous photos, similar black protective gear and a respirator mask were visible. The ensemble also included a jetpack, which the Firefly would most likely use to create its fiery wings.

At the moment, it remains unclear why Batgirl changed the origin of the Firefly. Perhaps this is due to the fact that the filmmakers want to give the villain a more convincing backstory, with pronounced emotional impulses and a more plausible motive. In the comics, Carson was a formidable threat, but the reasons for his villainy were not convincing enough for many. Firefly’s updated past makes the villain more complex, adding more depth to the plot. It was reported that Gotham in “Batgirl” is much darker, and the film looks at this from the point of view of a critical investigation. Ted Carson’s new characterization seems to match the thematic nuances of the film, which gives him the opportunity to address the broader picture of corruption in Gotham. However, new information about Fraser’s Firefly is causing a stir around the film, indicating that the villain will be one of the most interesting aspects of Batgirl.