Home Entertainment Batgirl: The 8 Best Reddit Reactions to the cancellation of Batgirl 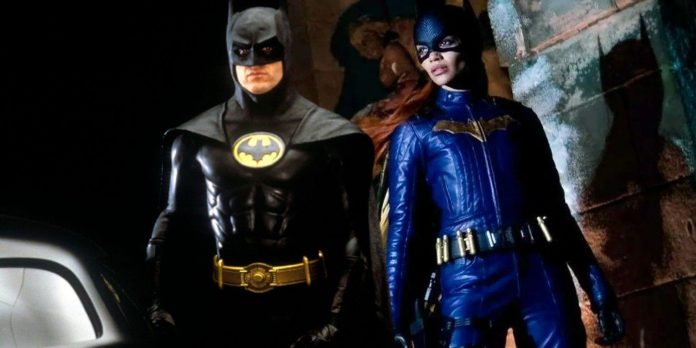 The much-anticipated Batgirl movie has recently been canceled by Warner Bros., who reportedly plans to use it as a tax write-off instead (via The Guardian). This shocked both movie and comic book fans, all of who were excited to see this female-led superhero flick that saw the return of Michael Keaton as Batman.

Since the cancellation, there have been endless theories and reactions on the internet. The majority of fans are furious, assuming that corporate greed killed Batgirl. Others assume that the movie must have been pulled because it was simply that bad.

It’s Not Easy to Be a DC Fan

Some fans think that this is more symptomatic of how dysfunctional and disorganized the DCEU has been. With everything from Henry Cavill’s CGI mustache to Ezra Miller’s recent criminal behavior, it looks like things just aren’t coming together for the DC Cinematic Universe despite recent hits like Aquaman.

Related: 8 Memes That Perfectly Sum Up Aquaman As A Character

That’s how Reddit user Immune2DeathNote fan feels, writing “It’s hard being a DC fan.” While the MCU has been delivering for fans in a relatively smooth and well-oiled production line, DC fans constantly have to see their favorite properties go through the grinder, and now they have to start worrying if the movies will be released at all.

No Actor is Safe

Some Batgirls skeptics have speculated that the film might have simply been so undeniably low quality that Warner Bros. was better off scrapping it. That’s harsh to say without having seen any footage of the movie, but other Reddit users have also pointed out that this doesn’t even make sense for a long-term marketing strategy.

As Reddit user ToastyMilkToast points out, “Even if it’s bad, why not release it anyway? would make back a bit of the 90 mil and might reach cult ‘bad film’ status.”After all, previous comic book bombs like Morbius have started to reach a meme-worthy “so bad it’s good status.” Either way, throwing away Batgirl still just seems like a waste of people’s time, money, and talents.

Huge Merger on the Way

As confirmed by Variety, it’s been reported that HBO Max will be merging with the streaming service of Warner Bros’ affiliate company, Discover. This is despite the fact that HBO Max has one of the most robust libraries of any streamer out there, and has started to amass a huge fanbase.

But Reddit users like stunts002 take this Batgirl news as a troubling sign that the rumors could be true, writing “There’s rumors that HBO max will be merged into Discoveryplus. Not the other way around.” While this decision doesn’t make any sense, it would still help explain why Warner Bros. isn’t releasing Batgirl onto their own streaming service.

How Did The Flash Not Get Cancelled?

Adding to the irony of all this is the fact that The Flash, another DCEU film is still slated to be released despite the extremely controversial actions of its lead star, Ezra Miller. In fact, Miller’s actions have been so shocking that fans have started to demand that The Flash be recast.

Yet, Miller’s star vehicle still appears to be on track. So Reddit users like orkball find that hard to swallow, writing “How is this the DC movie that got canceled and not The Flash?” Of course, The Flash is a more high-profile project that was produced at a higher cost, so it’d be difficult for DC executives to pull it. Then again, it feels like an insult to the cast and crew of Batgirl who have to get sidelined in favor of a movie starring one of the most controversial actors in the industry.

A SetBack for Brendan Fraser

One of the many reasons why fans were excited for Batgirl was the chance to see Brendan Fraser play the villain. A fan favorite since his Mummy reboots, fans have been rooting for Fraser and trying to manifest a comeback for him. While Fraser has other projects on the horizon, such as Darren Aronofsky’s The Whale, Batgirl’s cancellation is still heartbreaking for Fraser’s fanbase.

RELATED: Brendan Fraser & 9 Other Actors Who Need A Comeback Role

Reddit user aldezar puts it, “I’m also a little bummed for Brendan Fraser. I assume this was going to be a big deal for him and now it’s gone. He still got paid, but, his performance won’t be seen.” Of course, Frasier is one of many people whose efforts were wasted, like lead actress Leslie Grace. But his comeback has been eagerly awaited, so this blow hit particularly hard for some fans.

Blue Beetle Doesn’t Have a Chance

After this, comic book fans are looking to the future and wondering what they should expect for the upcoming DCEU properties. For many of them, the future isn’t looking bright, as it appears that the DC Cinematic Universe is ultimately caught in the crossfires of a seismic corporate merger that could have dark implications for Warner Bros’ future.

Reddit fans like Arkvoodle42 are particularly worried about properties for less established comic book heroes like Blue Beetle, writing “so if they’re scrapping this at this point “Blue Beetle” doesn’t have a f***ing PRAYER, does it…” While fans were thrilled to be getting a Blue Beetle series on HBO Max, it looks like they can’t feel too secure about its future release.

Christopher Nolan Must Be Feeling Relieved

It’s easy to forget just how much things have changed in the last 10 years, not just for superhero flicks but for cinema in general. Warner Bros. used to be a champion of visionary directors like Christopher Nolan, who produced one of the most acclaimed and prestigious movie franchises ever with the studio when he made the Dark Knight trilogy.

Now, Nolan has broken away from Warner Bros. for his upcoming Oppenheimer biopic over differences regarding Warner Bros. release strategy. While both Nolan and Warner Bros. have had their defenders since those disputes were made public, the Batgirl cancellation makes it easy to assume that Nolan dodged a bullet. As Reddit user skywater101 writes, “Starting to think Christopher Nolan did the right thing leaving Warner Bros.” While it’s hopeful that Warner Bros. recovers from this mess, it isn’t difficult to imagine that filmmakers like Nolan wouldn’t find the support they deserved.

Monsters: You can now watch the One Piece prequel for free