Home Entertainment Batgirl already has an actress: Leslie Grace will be Barbara Gordon in... 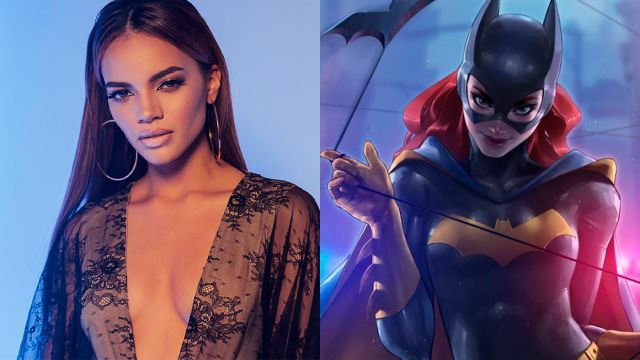 Batgirl: The actress and singer known for her role in In the Heights is chosen by Warner Bros. and DC to play Gotham’s masked vigilante. Finally, and after a casting in which several names such as Zoey Deutch, Isabella Merced or Haley Lu Richardson are being considered, the actress and singer Leslie Grace, known for her role in the musical film In the Heights, has been confirmed as the new Batgirl from Warner Bros. and DC Films to star in her own film for HBO Max. Thus, the American interpreter of Dominican descent will be in charge of giving life to Barbara Gordon, the daughter of Commissioner Gordon, who follows in Batman’s footsteps to become Gotham’s masked vigilante.

No release date on HBO Max

At the moment, details are unknown about the plot of a film that will introduce a new Batgirl live action in DC and it has not been confirmed whether it will share the universe with the rest of the company’s film productions. Of course, this new Batgirl movie apparently will have nothing to do with Robert Pattinson’s new Batman, since an actor is also sought for the role of Commissioner Gordon and that in The Batman he is already played by Jeffrey Wright.

This new Batgirl film will be one of the first DC productions to premiere exclusively on HBO Max, a film directed by Adil El Arbi and Bilall Fallah (Bad Boys for Life) under the script of Christina Hodson. For now there is no approximate release date on the streaming platform.

Recall that in the past there was already a live action Batgirl with the character played by Alicia Silverstone in the movie Batman and Robin, although in that case it was the version of Barbara Wilson. On the other hand, Barbara Gordon will make an appearance in the next season 3 of Titans, in this case, with actress Savannah Welch. Let us also remember that the Batwoman series continues as part of the Arrowverse despite its different setbacks.