Home Sport Bartomeu, president of Barcelona, on Messi: “I would like to make an... 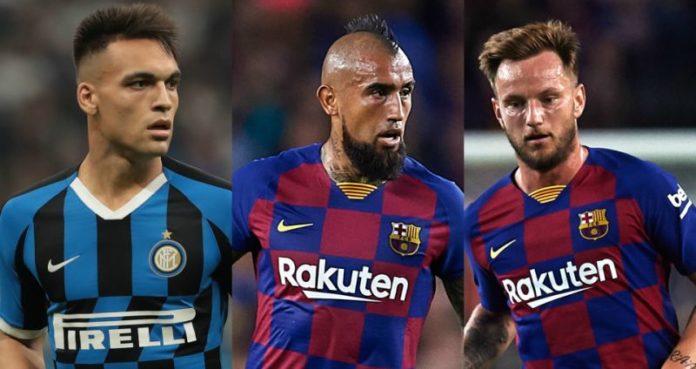 Josep María Bartomeu granted an interview to the Italian media La Repubblica to review the news of some great names a few hours after the duel between Inter and Barça.

One of those big names is Leo Messi, with whom the president of Barça has a plan to undertake his renewal.

“Before concluding my term, I would like to make an annuity contract as we have already done with Iniesta. He has earned the right to decide when to say that it is enough. The only hope that Italian, British and other countries fans have of seeing it closely is to wait for Barça to visit its stadiums. ”

Vidal and Rakitic
In these dates where they begin to talk about signings, two of the great names of their own are those of Rakitic and Vidal, two culinary players who could go out in the winter market. About them the leader explains.

“No movement is expected in January. We have a balanced team: we don’t need anything, but we can’t even afford to lose someone.”

It goes further in the case of Arturo Vidal and your request to play more minutes or else, you can leave.

“Never happened in January, yes at the end of the season. In some cases we let them go, and in other occasions we persuaded them to stay. ”

“It is a trick question. What I can say is that Inter is playing very well and is not the only one that has impressed me. It is no coincidence that they are up.”

“The PSG arrived with a check and there was little to do. When I spoke with him I knew I had many doubts. Last summer it was Leonardo who said that Neymar was in the market and we tried, but those conditions were impossible. ”

Guardiola, open doors to return
He also talked about Pep, who is not going through his best moment in English football with a City increasingly far from his head.

“It is not up to me. It was Pep who decided to leave, but for him the doors of Barça are always open.”

FIFA 20: chants of supporters broadcast in the Premier League!