Home Sport Bartomeu, about Messi: “He will play here until he retires, it is... 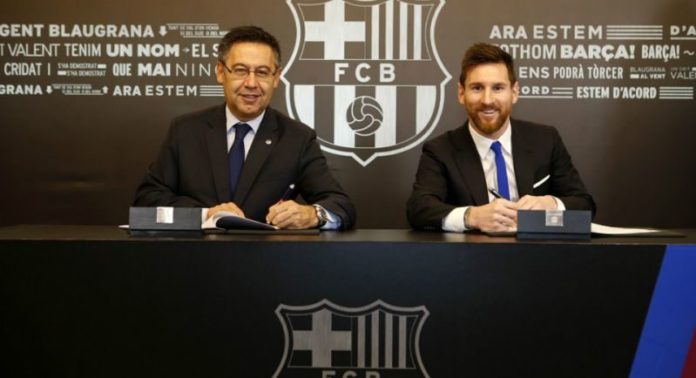 In an interview on Catalunya Radio, Josep Maria Bartomeu touched on several issues about the current and future of Barcelona, ​​clarifying, above all, the particular case of Lionel Messi: “I would like to sign another contract. It still has a lot of travel and has no problem in continuing at Barça. I have no doubt that he will play here until he retires, it is his commitment. He says we’ll talk when the seasons progress. He said it, it will end when he wants. For its quality and for being a reference, for everything it gives. I hope I can sign a new contract for Messi. I will finish, but Leo still has a lot left. You have the right to decide when you want to finish. This is his club, the one of his life. ”

The mandamás of the Catalan institution, on the other hand, also referred to the future of Ernesto Valverde. “He has a contract until 2021, but next spring is the option of the exit clause by both parties,” said the director. He added: “The responsibility of taking Barça is enormous. Few demand as much as Barça. There is no option. Either you win everything or you are not good. But outside the cameras he is an endearing person, very joking, we laugh a lot. ”

Is Bartomeu worried about the Classic against Real Madrid? The protagonist responds: “I am not worried. I think that making a protest act in a peaceful and serene way is compatible with a football match. I don’t see any problem. The control of the stadium, inside the stadium, is of the club. The partner is free to display whatever he wants. There are no restrictions. Without insulting, you can show any symbolism in a civic and peaceful way. In no case should it be suspended. There is no reason. The partners will come to cheer and claim. We are in an exceptional moment in the history of Catalonia. Everything is compatible. ”

President Blaugrana, in addition, responded to the question about who rules in the institution: “It depends on what decisions. The power is distributed. The Board decides and the executives execute. It is not true that the players send. They say, we listen to everyone, but the Board decides. ”

Matt Hardy and Randy Orton will fight in a fight without...