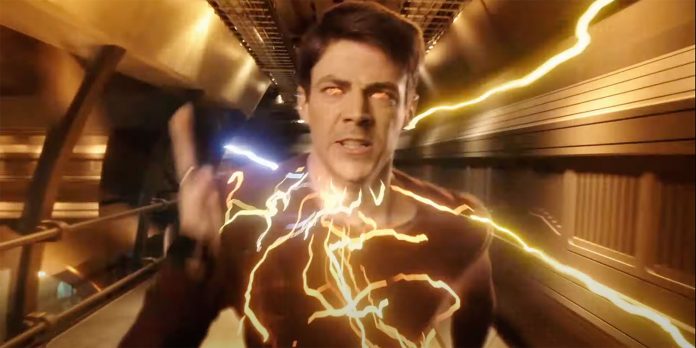 The CW has released the first trailer for season 7 of The Flash, teasing Barry Allen (Grant Gustin) with the new Mirror Master. The wait is almost over and the Flash will return to battle next month.

Season 6 of The Flash had a number of notable developments. The first part of the season featured Bloodwork, who infested Barry before turning into a grotesque monster.

After the Crisis, the season plunged into the Mirrorverse, trapping Iris in another dimension. For several episodes, a mirror duplicate of Iris wandered, working for Eva McCulloch (Efrat Dor).

Anticipation is high for season 7 of The Flash, which will finally feature a showdown with the real Godspeed. Before that, however, Barry will have to deal with Eva and get Iris (Candice Patton) out of the Mirrorverse.

The first footage of season 7 of The Flash is here. In the trailer, called “Run”, the conflict against Eva takes center stage. Iris is still stuck in the Mirrorverse, and the encouraging dialogue from Joe West (Jesse L. Martin) could be what Barry needs to stick together.

There is a lot going on in the footage, but one of the most intriguing parts is how powerful Eva is being portrayed. According to Cisco (Carlos Valdes), her skills not only work on mirrors, but on all reflective surfaces.

What appears to be a Wells (Tom Cavanagh) says, “Run, Barry, run.” He could be Thawne, but is he real if he is? Barry says that he found a way to enter the Mirrorverse, so he might meet a Thawne there.

It is clear that Team Flash will triumph over Eva, but the real question is where the battle will leave the characters. Additionally, Season 7 will feature Chillblaine. All of this seems to be scratching the surface of what is emerging in The Flash.