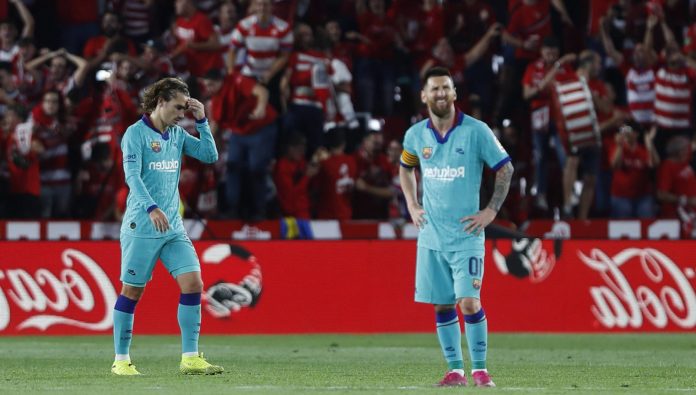 There are unfair defeats, some can be tolerated, there are also those that are acceptable or if you want to be acceptable and then there are those that have no forgiveness like that of Granada. The fall in Los Nuevos Cármenes betrays that there are symptoms of decline in Barcelona. 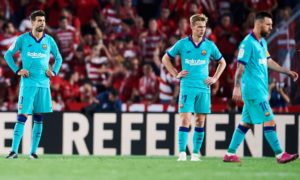 It usually happens when the coach renews in a timely manner and reluctantly, sometimes to please a disinherited directive and sometimes to satisfy a staff impaled and vitiated, used to do what he wants, as would be the Camp Nou . Rijkaard’s last season was an ordeal and it was also difficult to digest Guardiola’s fourth year of gift or Luis Enrique’s third year. The symptoms right now are that it will be hard for Valverde to endure and for the board to hold him after his removal was announced and at the same time denied days after Anfield’s humiliation.

That open wound in Rome bled in Liverpool and suppurates after humiliating defeats such as Granada, the second in four days of the League, a surprising fact in the Valverde curriculum. Although his game was questioned, Barcelona had always been a reliable and competitive team in the Spanish championship, winner of the last two titles, eight out of 11, 10 of 15 since Messi’s debut. Now he has eight discounted points and nine goals in tow after an unfortunate performance in Los Cármenes, much worse than that of Pamplona or Bilbao, most made up by the emergence of Ansu Fati, a 16-year-old youth who already discusses Griezmann and Luis Suarez and is associated with Messi. Ansu Fati was again the best along with De Jong in Granada. Both involve fresh air in a locker room that runs the risk of rotting if Valverde does not mediate.

It is no longer enough to dispense with Aleñá, not count on Rakitic, administer to Busquets or replace Junior. The 2-0 demands tough decisions that affect the hard core and unequivocal bets to activate an inanimate team with or without Messi. Saturday’s game was nowhere if two easy shots for Rui Silva are excepted. Individual errors, manifested in Junior and Arturo Vidal, were followed by a disappointing collective action due to the lack of team spirit and sense in the Valverde squad. The structural dysfunctions, especially visible on the sides, have not been corrected, and the trident does not work: Griezmann, who is supposed to play in the post of Messi or Luis Suarez, is invisible on the sides and the Uruguayan weighs the years and matches, always headline and hard to replace so as not to bother Messi.

The captain has not only masked collective evils for a long time, but with his goals he has given a falsely enlarged image of Barcelona. At 32, he retains and drives the ball more than the account because he has just left an injury and still cannot haggle or unbalance with his changes in rhythm and explosiveness, less fast and yet just as absorbent, because the team has used to rest and live on Messi. The drama will come if conformism and lack of general character also affect the 10, if it says enough or not more, point and end for good and for bad Barcelona. Bad matter if Messi doubts until when he renews and unchecks Bartomeu’s mandate. It costs Messi less to score goals than to make a team, a circumstance that conditions his leadership at a time of much uneasiness in the unstable Camp Nou.

Messi would have to act as captain in a locker room disgusted by the non-signing of Neymar, fractured by the arrival of Griezmann and in accordance with Valverde. Al Txingurri, supposedly surrendered to the squad, should do as coach if his bet was precisely Griezmann and prayed that Neymar did not arrive. The entanglement is capitalized in the face of the starvation of the technical secretariat and the mismanagement of the directive of the president and sports vice president Bartomeu. In the absence of authority, Barcelona have also lost respect in the League. Based on intensity and rhythm, the rivals take him out of the matches, lacking spark and heartless; flat and safe with the ball; game on the court, without unity in their game, repetitive in defensive concessions, without goal despite bringing together four strikers in Los Cármenes.

Barcelona has hit bottom and needs a turning point to break the inertia and fight a routine that threatens to catch the novices after paralyzing the veterans waiting for the response of Messi, decisive already in the famous crisis of January 2015. The Rosario then threw himself aside for Luis Suárez to play 9 and complete the famous trident with Neymar while Bartomeu called elections and dismissed Zubizarreta. It would be nothing strange that Neymar’s lure was activated to continue the paripé in January 2020. Live Barcelona caught by the antagonistic memories of Berlin and Liverpool.