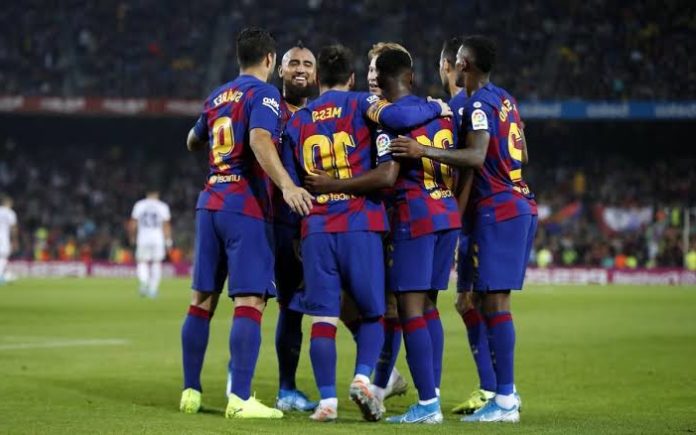 Barcelona will seek to return to victory against a Celta. Barcelona will once again test its leadership this Saturday (20:00 GMT) before a Celta who will arrive at the Camp Nou after having fired his coach and with a new one, the Oscar Garcia Junyent, whose bet is to put his Cruyffista methodology in LaLiga, after various experiences around the world.

The coincidence has meant that the premiere of Oscar Garcia, who has been more than once in the pools to coach Barcelona, ​​is at the Camp Nou, where the two teams will compete with different dynamics (Barça is the leader, while the Celtic is third by the tail), but hurried by the situation that begins to overwhelm them.

In the case of Barcelona, ​​Ernesto Valverde’s team has a clear objective, as it is a triumph at the price that is to prevent the loss of leadership and, above all, that the waters do not alter in the club, after the draw this week in the Camp Nou against Slavia (0-0) in the Champions League and the resounding defeat last weekend in the Levante field (3-1) in LaLiga.

The stumble in Valencia the previous weekend returned the restlessness to a team that has been living this course on the wire, because it alternates good results with unappealable defeats.

However, thanks to the setbacks of direct rivals, Barcelona continues to remain in the lead, which will defend tomorrow without another of its owners, the side Jordi Alba, who has relapsed from an old injury and will be absent a month. This loss should give ownership to a player like Junior Firpo, with few minutes in his year of debut at the club.

In the center of the field, after the bad game against Levante, in which Arthur, De Jong and Vidal were aligned, and that the Busquets-De Jong-Vidal trio did not work against Slavia, there are doubts about the preparation of the group that has that impose the game in the core, where a few weeks ago it seemed that the starting group was going to prevail with Arthur, Busquets and De Jong.

Ahead, before a lower match of Luis Suarez due to injury, and that in the last clash, against Slavia, Oumane Dembele ended up being replaced by a new bad performance, the trident for Celta points to two indisputable ones like Greizmann and Messi, to which young Ansu Fati could be added.

Barça does not seem, despite not going through his best moment, the most suitable rival for Oscar Garcia, a substitute for Fran Escriba, to start his stage as coach of the First Division with a victory, but the celestial urgencies require an immediate reaction of a team that fell to the relegation zone after chaining four straight losses.

The Celta de Escriba lacked a goal – six goals in twelve games – and made mistakes, punctual but serious, in defense. These are two of the problems to be solved as soon as possible by the Catalan coach, who in his presentation was clear: he wants a team that is the protagonist with the ball.

His commitment to offensive football is non-negotiable. The question is whether he will bet on the classic 4-3-3 of the “Blaugrana school” or will vary in system due to the lack of pure extremes in the workforce. It has two alternatives: play with a striker alone and three players behind or keep the 4-4-2 that came using Escriba.

It will not be worth, however, the clash of Barcelona to draw many conclusions, because Celta will still not be able to count, by injury, with two of its offensive referents: Rafinha Alcantara and Santi Mina.

Oscar Garcia will not revolutionize the eleven, but he does meditate retouching some pieces. Junca has options to enter the left side, and Turkish international Okay Yokuslu to regain ownership in the center of the field. If Aspas acts in the line of three flyers, the Uruguayan Toro Fernandez would remain in attack.