Home Sport Barcelona transfer market: “Riqui Puig has to go up to the first... 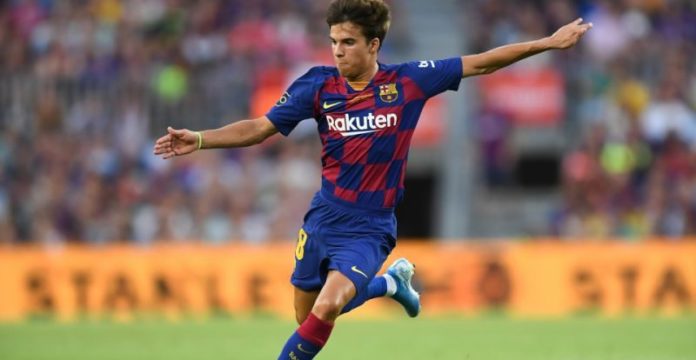 Barcelona has already begun to move in the winter market and this Saturday it made official the exit of Carles Aleñá as ceded to Real Betis to ensure that one of the jewels of the quarry has minutes in the next months in the First Division.

Thus, the march of the youth player leaves a hole in the spinal cord of the first culé seedling that could be occupied by another promising youth player such as Riqui Puig. In fact, that opinion is shared by Patrick Kluivert, director of formative football for the Blaugrana club.

“I think so, it depends on Valverde. If there is an open hole, I think Riqui has to be the first to climb. I have told Riqui,” he said on Wave Zero.

Puig showed his dissatisfaction at the lack of opportunities in the first team but the situation can turn around now as Kluivert himself values: “I don’t care what he said. Everyone wants to play in the first team and then look at their interests. Growing up is not bad to be given to a good team to continue growing as a player and person. If Aleña goes to Betis, for Riqui there is one more option. “

Watch: Danica Patrick reacts to F1 coverage on Sunday – The...

Ella Toone scored a goal for the national team