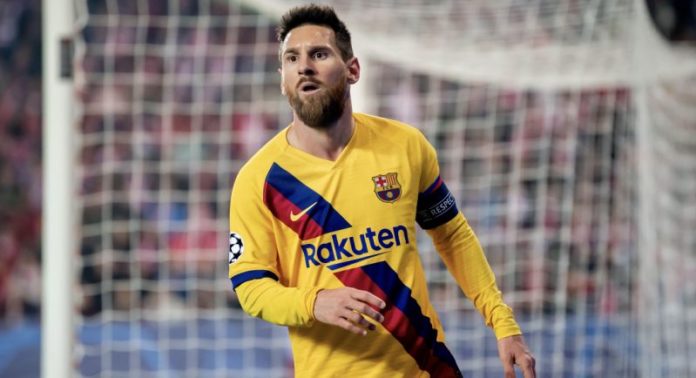 “We have come to see Messi” said many, many fans around the Sinobo Stadium in Prague before the game. No to Slavia or Barcelona, ​​no. They had paid to see the Rosario, who was not in the Czech Republic since 2011, when the ‘ten’ crushed the Viktoria Plzen with a hat-trick.

The Czech is a town that claims to have a good memory and, at least in football, shows that it is very true. The Rosario signed one of his best games of the season, if not the best, and gave the reason to the fans who had gone to see him and only him.

Because against Slavia he was Barcelona, ​​for better and for worse. The Rosario invented the goal that opened the game doing practically everything from beginning to end. He recovered the ball in a three-quarter zone and relied on Arthur Melo to receive the assistance of the Brazilian and open the scoring after three minutes of play. At that time, Barcelona was still biting, with a very advanced pressure that prevented the players of the Czech team from approaching the goal of Marc-André Ter Stegen. Unfortunately for Barcelona it was only a mirage and from the first dangerous shot, the work of Jaroslav Zeleny, which forced the German to show off, the chances did not stop happening.

Lukas Masopust and Tomas Soucek also walked close to the goal but always collided with a Ter Stegen who made up to six merit stops in the first half. Barcelona had achieved less and Luis Suarez even threw a one-on-one that Messi gave him with a pass that broke up to three lines of the Czech rearguard to extend his scoring drought to twenty consecutive games away from Camp Nou. Abandoned the rosarino, the players of Barcelona soon ceased to be the compact team of the first minutes and the authority demonstrated until then went to the badge.

And yes, Messi is Mozart creating, Von Karajan directing and Pau Casals performing. But having a composer who both directs the orchestra and performs the brightest individual actions is not enough. Or not anymore. Atlético, Juventus, Roma and Liverpool, who warned throughout the last five years but Barcelona is more determined to throw themselves into the arms of Rosario than to accompany them. In his stubbornness in moving away from his own identity, Barcelona conceded the deserved goal of the tireless Slavia after a shot from the front of Jan Boril that Ter Stegen could not deflect but that the Barcelona players could correct in a few minutes thanks to the goal in their own goal. Peter Olayinka

Slavia’s attacks only woke Messi, in any case. From then on he put himself in omnipotent mode to avoid leaving points in Prague and spend the last leg of the game playing everywhere, from the right side to the midfield without losing presence in attack but none of the passes that both he and a sacrificed Antoine Griezmann provided him served to see the door. If Ernesto Valverde’s men leave Prague alive it is only for Messi and Ter Stegen and this, far from being a reason for satisfaction, should be of concern because the Catalan team ended the game asking for the time. Barcelona has turned the greatest blessing in football history into a curse.

With the ‘other’ Luis Suárez ‘: The strikers that Barcelona has...