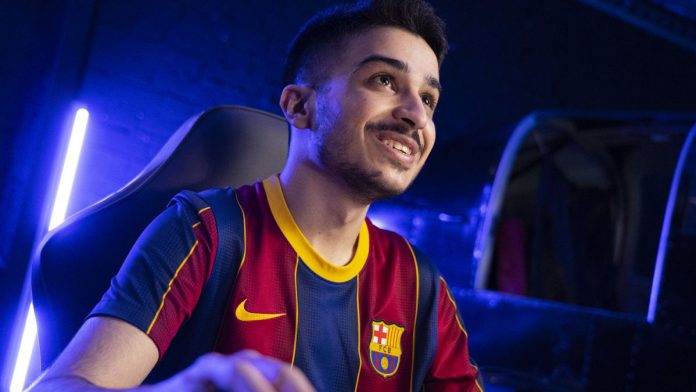 FC Barcelona reaches a new milestone in electronic sports by making its player Frenetic the best Heartstone player on the continent David “Frenetic” Neila, Hearthstone player at FC Barcelona electronic sports, was proclaimed champion of the GrandMasters Europe, Blizzard’s top European card game competition, on June 6. The Catalan club thus expands its range of successes beyond the sports scene and seals its name in the universe of esports on a continental level.

Frenetic claimed the European title in his first season as a GrandMaster and a FC Barcelona player. Also, thanks to this victory he has automatically qualified for the World Cup; whose date is yet to be determined, where will face the best players in each region: Americas, Europe, APAC and China.

Rdu and xBlyzes were Frenetic’s rivals in the semifinals and final, respectively, where the champion prevailed 1-3 and 2-3. His title already credits him as the best player in Europe. However, we are talking about the first title of the Catalan club at the European level of the section and of the Laporta era, which in the last assembly of the club’s delegates declared that eSports are a strategic issue for the club and will continue to promote it in the future.

Last December, FC Barcelona inaugurated its own Twitch channel to discuss current events in video games and electronic sports with works such as eFootball PES, Rocket League and Hearthstone, where it has clubs and a presence in the competitive field of the highest level. Barça is thus ratified as the pioneer club in the sector by having a presence not only in football video game simulators, but also in areas far from the king of sports.

In addition, last September, FC Barcelona participated in the Hearthstone Gold Club World Cup held in China, a tournament where clubs such as Team Liquid, G2, T1 or Suning participated. Barça’s participation was considered a media phenomenon and the tournament managed to add an audience of 198 million viewers during the 7 days of the competition.

‘Spider-Man: No Return Home’ Suggests That Multiverse Could Be Real

Resident Evil 8 Village Delves Into The Mysteries of The Village...