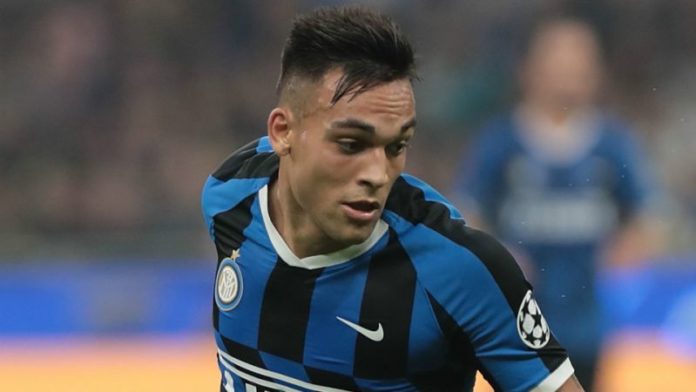 Barcelona has it clear: Lautaro Martínez is already a priority goal after the Barca club was once again pledged, this time in San Siro, of the match that curdled the Argentine despite the defeat of his team. The Barça club values ​​the physical display, the irreproachable attitude that it shows in each intervention and its wide repertoire of technical gestures, which already allowed him to see the door in the Camp Nou despite remaining unmarked in San Siro.

Lautaro is a player that Barcelona has been following since he appeared in Racing de Avellaneda but it was not until the visit of Inter to Camp Nou in October when the Catalan club activated the device to dress him Barça next summer to the point that he is currently the number one objective of the club ahead even of Neymar Da Silva, for which Josep Maria Bartomeu will return to the load in summer in an operation that in no case should compromise the incorporation of the Argentine.

His termination clause is 110 million euros and Inter is already working to improve his salary and raise the price before the sung offer of Barcelona, ​​which has not yet occurred despite the fact that there have been contacts in the recent trip of the expedition Barcelona to Milan. The Nerazzurri leaders appeal to the player’s clause and intend to increase it a little more although it is not entirely clear that Lautaro is for the job.

At twenty-two, he has been in European football for a year and a half and next summer can be a good time to make the leap to one of the strongest teams on the international scene, who wants him to start alongside a Leo Messi with which have already shared minutes in the Argentine team. Even Luis Suarez blesses his arrival and this, in a club as given to discrepancy as Barcelona, ​​is no small matter. Lautaro, for the moment, has won the unanimous respect of Barcelona executives. It will depend on them to see him at the Camp Nou in summer because the offensive will occur safely and, in fact, the first movements have already begun.